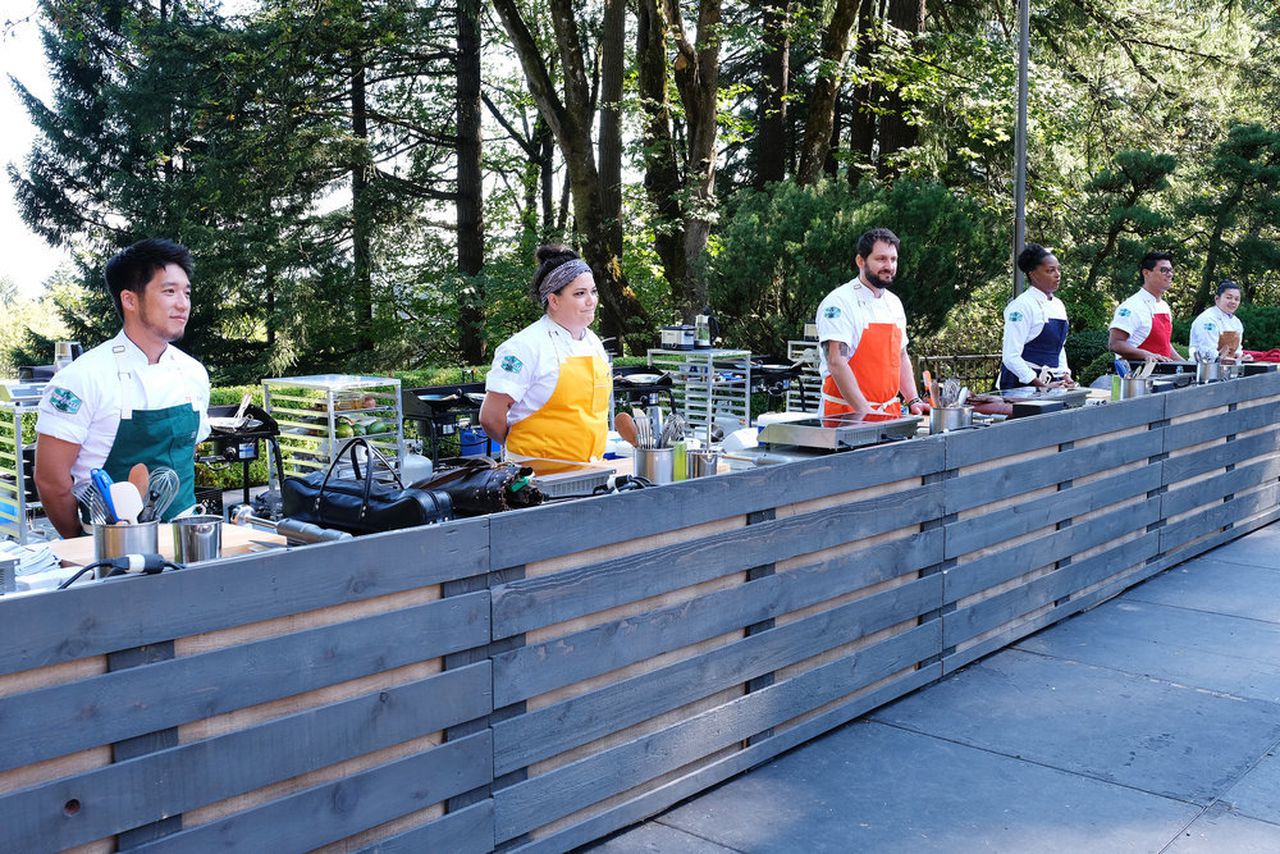 On July 1, the “Top Chef” season that filmed in Portland will reveal which chef emerges triumphant. But for many locals, the most pressing question isn’t who will take home the $250,000 prize money. It’s whether the Bravo TV series can help repair Portland’s battered image.

For years, Portland was nationally praised for its food scene, which generated adoring coverage from newspapers, magazines and TV shows. That changed last year because of the coronavirus, which forced restaurants around the country to close, or shift to takeout, as traditional indoor dining halted amid lockdowns.

Portland wasn’t alone in seeing its dining scene dramatically impacted by the pandemic. But in 2020, the city’s reputation took a major hit as images of racial justice protests that often ended in unrest, property damage and vandalism, swept across the national media landscape. Adding to the sense that the state was in distress were the September wildfires, which caused devastating destruction.

Then came “Top Chef,” which filmed Season 18 in and around Portland in September and October. The show, which brings together chefs to compete in eclectic cooking challenges, has based previous seasons in Los Angeles, Seattle, San Francisco, Boston, New Orleans, Chicago, Las Vegas, among other cities. A Portland season had been considered for a few years, according to producers.

As Tom Colicchio, “Top Chef” head judge, and a well-known chef and restaurant owner, told The Oregonian/OregonLive in September, Portland is “a great food city, and the products here are great, there’s great wine in the valley, amazing fish on the coast, and great cheese produced here. If you’re a fan of farm-to-table cooking, it’s all here.”

“I think, generally, everyone is really happy with this season,” says Gourdet, who “Top Chef” host Padma Lakshmi fondly called “our culinary mayor of Portland,” in a recent episode. “A lot of people are saying it’s their favorite season ever. “

The Portland season has featured a notably diverse group of chefs, who represent a variety of cultures and groups of people, Gourdet says.

“They’re very relatable, and there’s sensitivity, because the season was filmed during the pandemic,” Gourdet says. “A lot of the chefs are being very open about the hardships they were facing. For me, obviously, I love it because it’s Portland. I think it’s really great to be able to show our city, and our state, and our ingredients. Especially with some of the bad press that we’ve gotten in the last year, it’s important that we remind America that this is a great city.”

Despite the limitations of filming during the pandemic, the “Top Chef” Portland season has spotlighted the city, from the beauty of the Japanese Garden to the variety of the cuisine.

Jeff Miller, Travel Portland president and CEO, says that when the “Top Chef” production people “reached out to us, it was sort of an all-hands-on-deck situation, to see if we could land this.”

The hope, Miller says, was that even though filming had to happen during pandemic shutdowns, by the time the “Top Chef” Portland season aired, the city would be starting to open up again.

“Our team worked really closely with them on ideas, and we talked with them about highlighting Portland as the diverse place that it is,” Miller says.

“It’s very positive,” Miller says of the exposure the city has received on “Top Chef.” “It highlights the sights of Portland, and the people of Portland. As I see the restaurants opening back up, and tables full, and people outside,” Miller says, he’s reminded that the Portland culinary scene “has always been at the center of what we talk about,” in terms of promoting Portland as a travel destination.

The “Top Chef” effect may dovetail with Travel Portland’s campaign to revive interest in Portland as a travel destination. That effort recently launched with newspaper ads in The New York Times, and other West Coast newspapers. An accompanying video includes footage of Portland racial justice protests, which are apparently alluded to in text that says: “We have some of the loudest voices on the West Coast. And yes, passion pushes the volume all the way up. We’ve always been like this. We wouldn’t have it any other way.”

“Top Chef” helps “put the shine on Portland again,” Miller says. “It really does rejuvenate the image of the city as a fun place to be.”

With destinations across the country vying for business, Miller says, “We couldn’t have been luckier” in having “Top Chef” film in the Rose City. The exposure from “Top Chef” is helping drive online searching for locations featured on the show, Miller says.

This season has also seen the chefs venture beyond the city limits, to locations including the Hood River Fruit Loop, the Columbia River Gorge, the Tillamook Creamery, and the Oregon coast.

Allison Keeney, manager of Global Communications for Travel Oregon, the state tourism commission, agrees with Miller that the time was right for “Top Chef” to film in Oregon.

Having the show film in Oregon was going to help with economic recovery, Keeney says. The production brought a large crew to Oregon for nearly two months, she says, when travel had stalled because of the pandemic. “The production booked more than 8,000 room nights in the city of Portland,” Keeney says.

“They definitely reached out to us for recommendations,” Keeney says. The agency helped in making connections with, for example, members of the Confederated Tribes of the Umatilla Indian Reservation, who were featured in a standout episode in which chefs prepared dishes from foods sacred to Native people.

Like Miller at Travel Portland, Keeney thinks the beauty of Oregon reflected in “Top Chef” Portland will inspire travel, which will help bring revenue into the state. Knowing that Oregon’s food and drink industry is, for many, a primary reason for visiting, Travel Oregon is working on some “Top Chef”-inspired itineraries for visitors.

In addition to that, Keeney says, “Our team is planning to leverage ‘Top Chef’ throughout the Oregon bounty season,” from August through December. Travel Oregon will work with Oregon “Top Chef” contestant Sara Hauman for culinary tour events that include restaurants in regions around the state.

In terms of quantifying exactly what role “Top Chef” Portland may have in reviving interest in Portland, Keeney says it’s a little too early to tell.

“But I’ve heard wonderful feedback,” Keeney says. “I think it’s the best timing possible to showcase Portland, our other regions of the state and the resiliency of our restaurants.”

“Top Chef” is, once again, Keeney says, “putting Oregon on the national map.”

More of our coverage:

‘Top Chef’ Portland: The chefs go to the Japanese Garden for a ‘Tournament of Tofu’ (Episode 10 recap)

‘Top Chef’ Portland: Was ‘Restaurant Wars’ a victory or defeat for our local chef? (Episode 8 recap)

‘Top Chef’ Portland goes to the drive-in for rain, and some ‘horror show’ food (Episode 5 recap)

‘Top Chef’ returns with a Portland-based season, celebrating food after a tough year for restaurants

‘Top Chef’ is back, and the new season is based in Portland 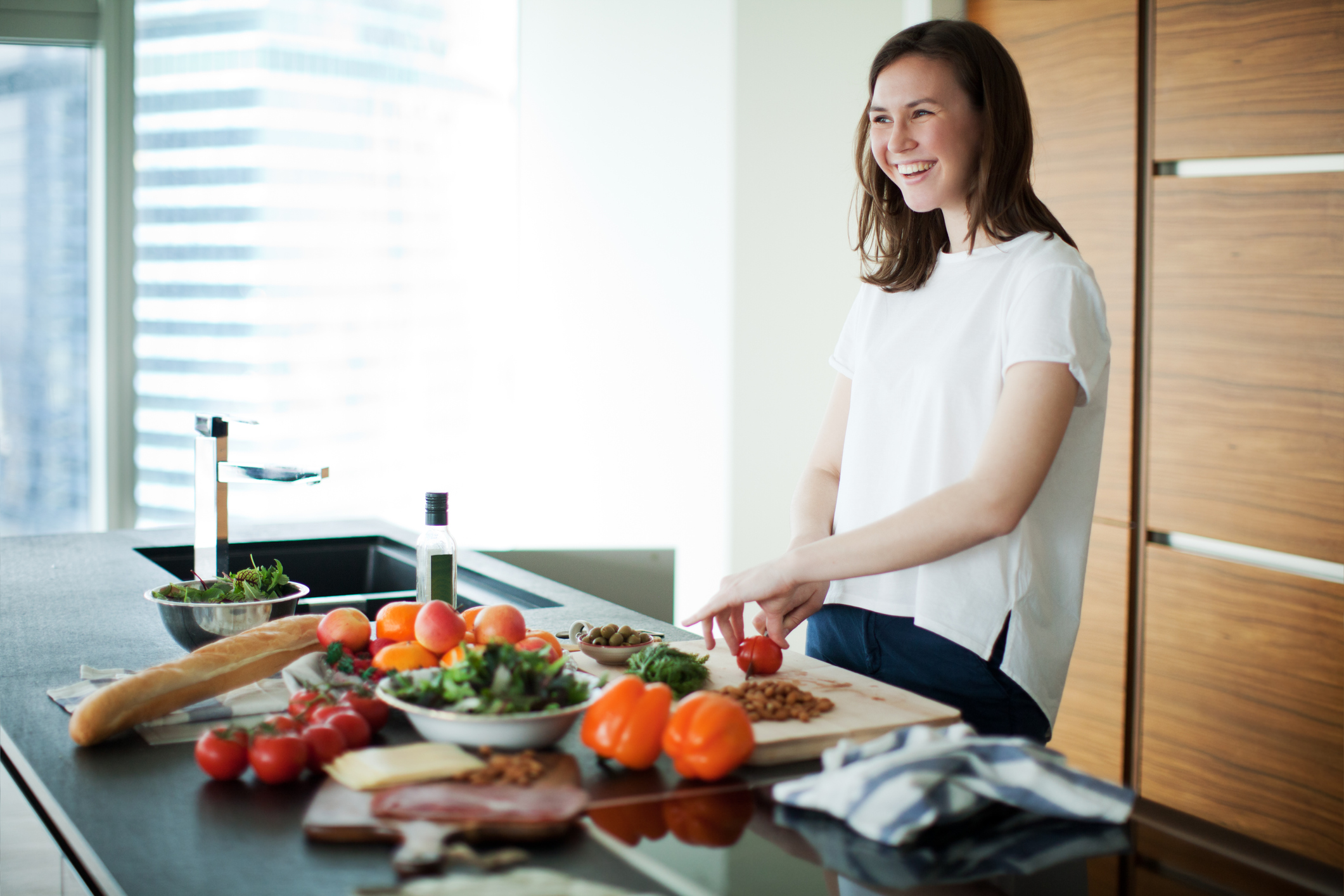 Tattooed Chef: Ought to Traders Purchase the Inventory Now? 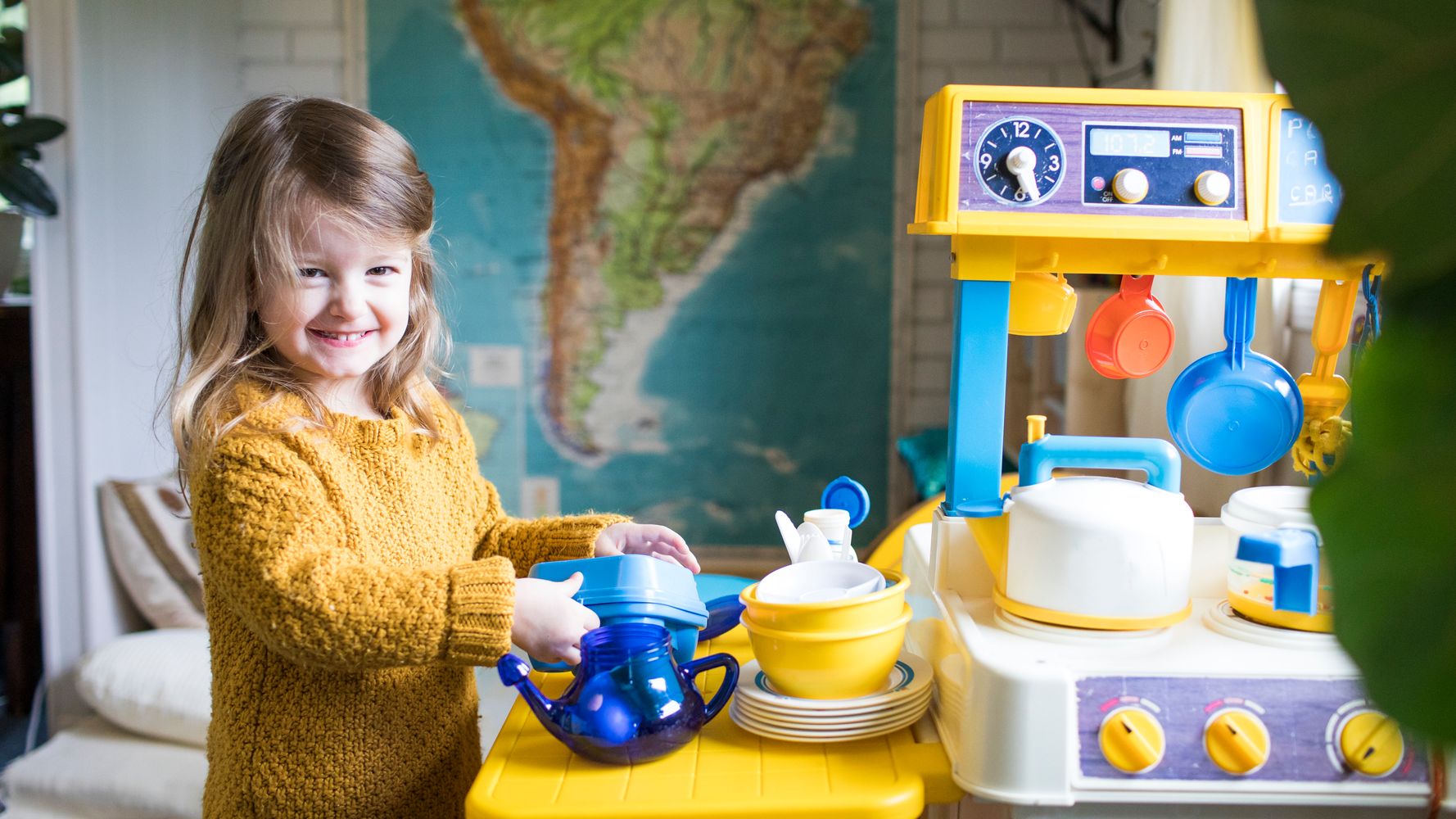 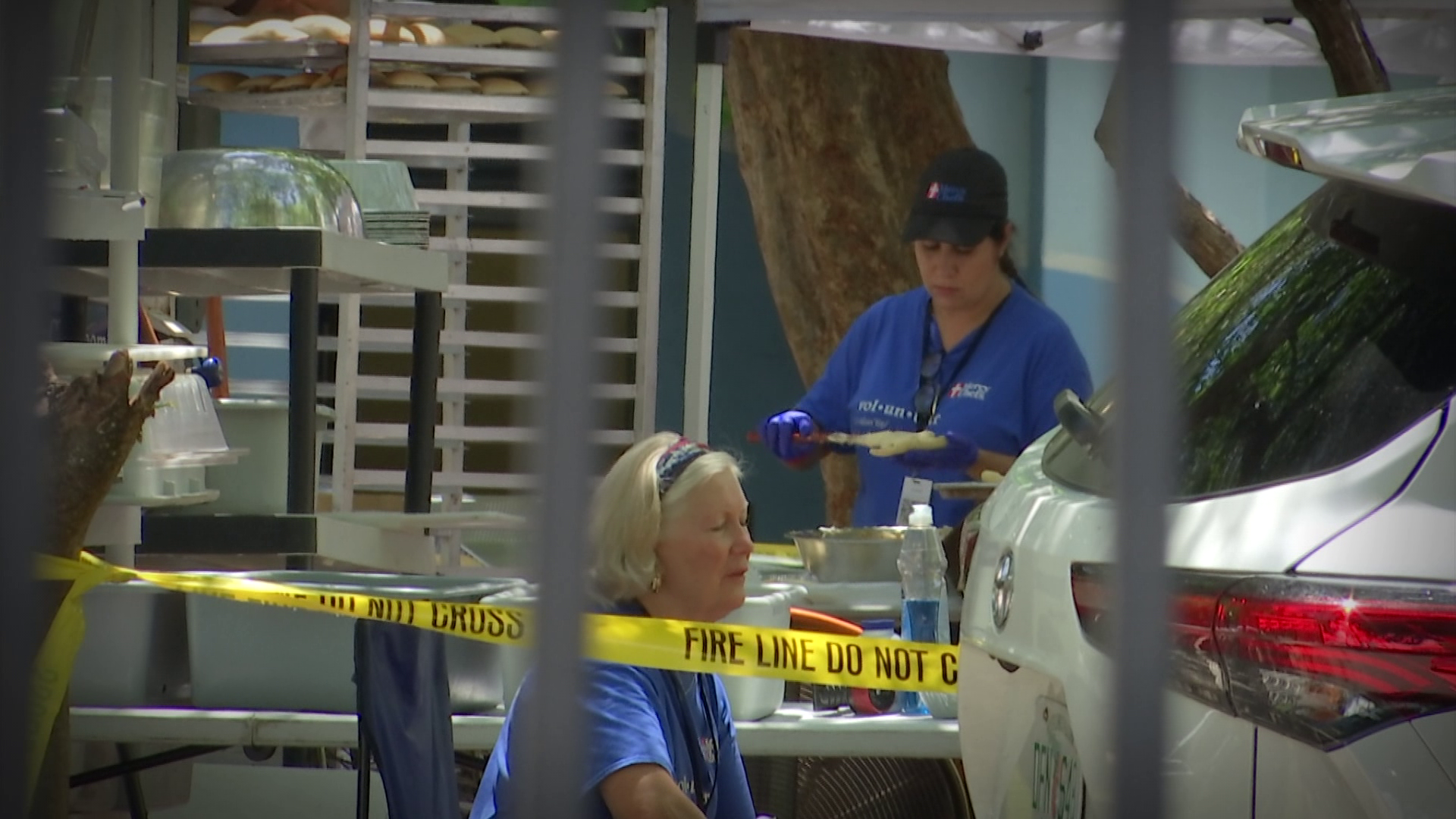 Business Insiders
We use cookies on our website to give you the most relevant experience by remembering your preferences and repeat visits. By clicking “Accept All”, you consent to the use of ALL the cookies. However, you may visit "Cookie Settings" to provide a controlled consent.
Cookie SettingsAccept All
Manage consent