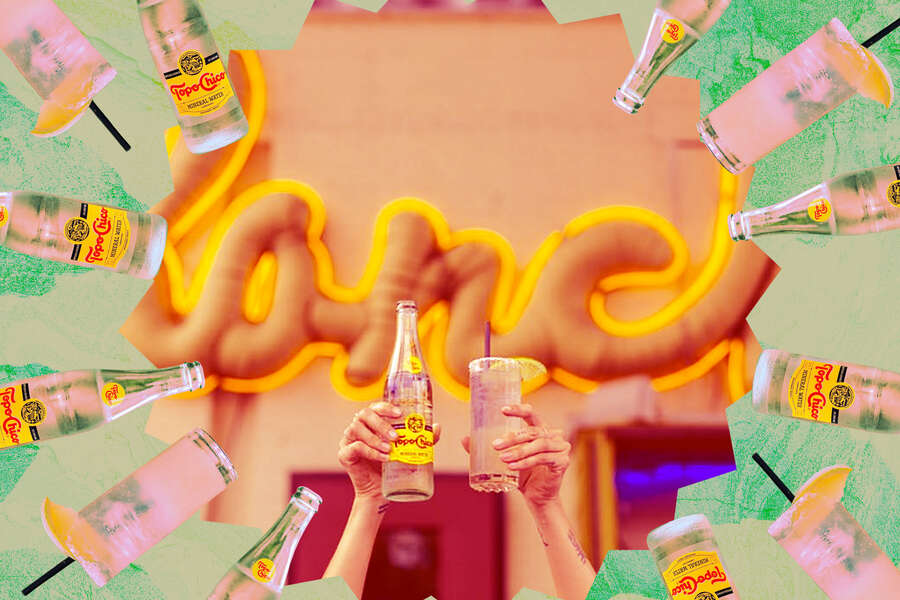 What Is Ranch Water? Unassuming Texan Cocktail Is Sweeping The Nation

But how exactly did this Topo Chico and tequila combo come to be?

Design by Maitane Romagosa for Thrillist

Most drinkers were unfamiliar with the Ranch Water cocktail until recently. Sure, you can’t walk into Texas bars without tripping over one, but now the tequila-spiked drink has spread to other states across the country.

The cocktail is even appearing in cans, sold on retail shelves from the likes of Texas companies like Ranch Rider Spirits, Lone River, and RancH2O. Las Vegas is in the game, too, with Texas Ranch Water, which now distributes to 14 states after touring Texas to perfect its recipe.

“As consumers started shifting away from sugary, high-calorie cocktails, word of Ranch Water’s simple and straightforward ingredients got out, and it fits the bill as far as what consumers are demanding now,” says Amelia Lettieri, the co-founder and CEO of RancH2O.

Lettieri adds that it’s the embodiment of the Texas spirit: approachable, familiar, and not ostentatious. Her company is selling cans in several other markets, and she thinks the drink travels so well today because Texans (there are a lot of us) spread the word wherever they go.

Not bad for a simple drink with three ingredients. But, like many cocktails that were invented organically, determining its genesis can take you down a rabbit hole of people, places, and competing claims.

“Like any good tall tale, there are multiple origin stories for the Ranch Water,” says Nico Martini, author of Texas Cocktails and the forthcoming Texas Whiskey. To his knowledge, there’s not incontrovertible evidence of where it comes from. And considering the drink’s common ingredients, he surmises that it was served in Texas or Mexico long before anyone named it.

Ask around about the drink’s beginnings, and you’ll get multiple answers, though most say it was first brought to life in either Austin or West Texas; believers of the latter peg it to Marathon or Marfa. And, while everyone agrees that it features tequila, fresh lime juice, and Topo Chico mineral water, two of the oldest—and most likely creators of the drink—include orange liqueur in their recipes.

If you follow the Ranch Water’s chain of custody, one name keeps popping up: Kevin Williamson, owner of Ranch 616 restaurant in Austin.

Williamson grew up in Texas and spent time along the Texas-Mexico border as a kid, hunting with his dad. Before he probably should have—and against your typical hunting advice—Williamson would often embark on day-long hunts with an icy thermos full of tequila. As the ice melted, the tequila changed. He employed a similar practice down the road once he was old enough to drink in bars and restaurants, adding the last dregs of margaritas to his ice water, creating a hydrating, lightly flavored mixture.

“It tasted great,” says Williamson. “So by the time I was opening my own restaurant, I knew I wanted a tequila-water cocktail on the menu.”

He opened his iconic Austin restaurant in 1998. It debuted with that tequila-water cocktail, dubbed Ranch Water, a simple name for a simple drink. Rather than mixing the water into the cocktail and serving it to guests, Ranch 616 presented the drink as a classic margarita with Topo Chico on the side. Topo was not ubiquitous in 1998. Williamson sourced the water the only way he could, by driving around town and raiding the shelves at local Fiesta Marts.

At first, Topo Chico took some convincing—people were used to avoiding Mexican water. But Williamson says that customers liked doctoring their own drink and diluting it to their preference.

“If Kevin didn’t invent this drink at Ranch 616, then I don’t know who did,” says David Alan, author of the Tipsy Texan and director of trade education and mixology for Patrón. “And if he didn’t, he sure as hell popularized it.”

Dig a little deeper, and you’ll see another name with strong Ranch Water ties: the Gage Hotel in Marathon. This West Texas treasure was purchased in 1978 by J.P. Bryan. The hotel’s White Buffalo Bar has a Ranch Water on its menu, made margarita-style with tequila, Cointreau, and lime, then topped with Topo Chico.

According to Eloise Bryan, J.P.’s granddaughter and the hotel’s concierge and marketing director, they’ve been serving the drink for more than a decade. “The origin is fuzzy, and I’ve never heard a true origin story,” she says, noting that they do not claim to have invented it. “But it’s likely we are one of the first places to serve it.” One source pegs its menu placement to 2010. It’s important to note that was the same year that Gage Hotel hired Williamson to redo its kitchen and bar menu.

Bryan believes the drink likely existed before it ever graced a menu, however. Margaritas rule the state, and Topo Chico—produced in Monterrey, Mexico since 1895—has been available to in-the-know Texans for decades. So, it’s possible that it sprung up naturally, the product of thirsty locals and home bartenders.Despite the drink’s history, which clearly spans more than two decades, it took a while to reach its current phenomenon status.

“It’s my job to know tequila trends, and this Ranch Water thing caught people by storm only in the last few years,” says Alan. “Ranch 616 has the most obvious paternity case. It was pounded at this one restaurant in Austin for at least 10 to 15 years before anyone else cared about it.” Now, people care. But he notes that the drink has changed over time. “To me, it’s a margarita with a Topo on the side. As you drink the Marg, you top it with Topo so the drink changes. That’s how it started.”

But that’s not how it’s typically served today. In Ranch Water-swilling cities like Dallas and Houston, you may see the drink served tall over ice, with the water mixed in. Or it may come straight in the Topo Chico bottle, with a couple ounces of water dumped out and tequila and lime juice poured in. Orange liqueur is rarely present, though Topo Chico is still the go-to choice for sparkling water.

“It’s flattering that this phenomenon has taken off,” Williamson says. “It’s on every menu in Austin, Dallas, and Houston.” But no one’s sold more of the refreshing drink than Ranch 616. “According to my accountant, since opening we’ve sold $18 million worth of Ranch Waters.”

Directions:
Add ingredients to a Collins glass, and fill with ice. Serve with a 12-ounce bottle of Topo Chico on the side. 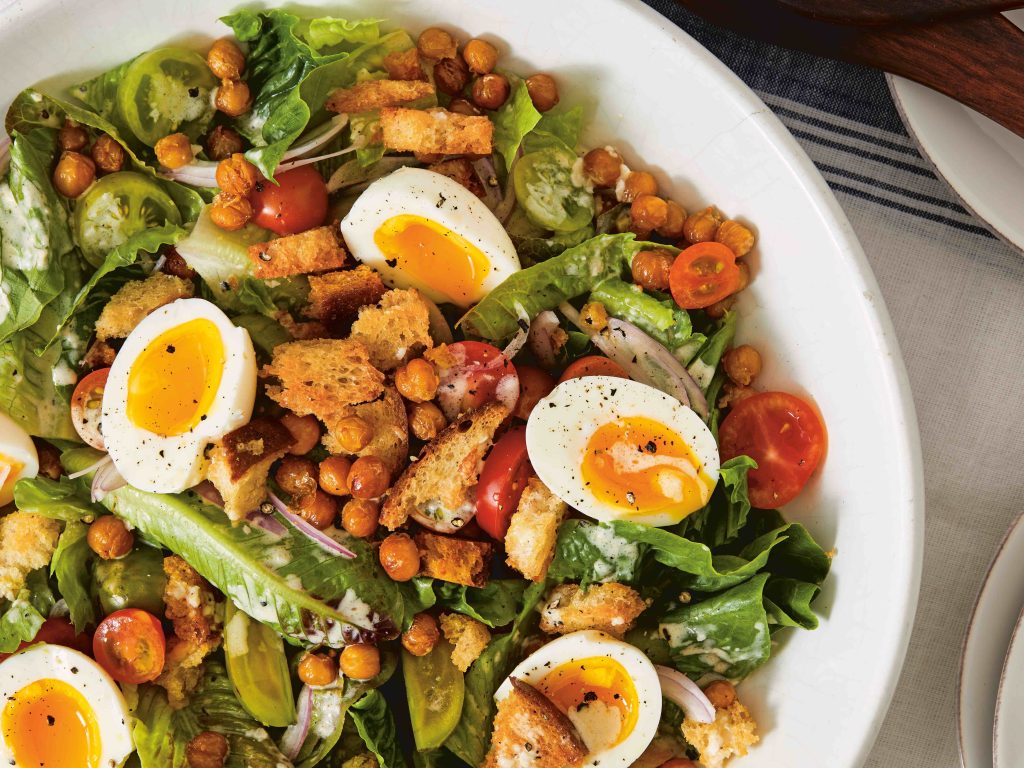 The most popular drink in the decade you were born

Techon Talkpedia
We use cookies on our website to give you the most relevant experience by remembering your preferences and repeat visits. By clicking “Accept All”, you consent to the use of ALL the cookies. However, you may visit "Cookie Settings" to provide a controlled consent.
Cookie SettingsAccept All
Manage consent