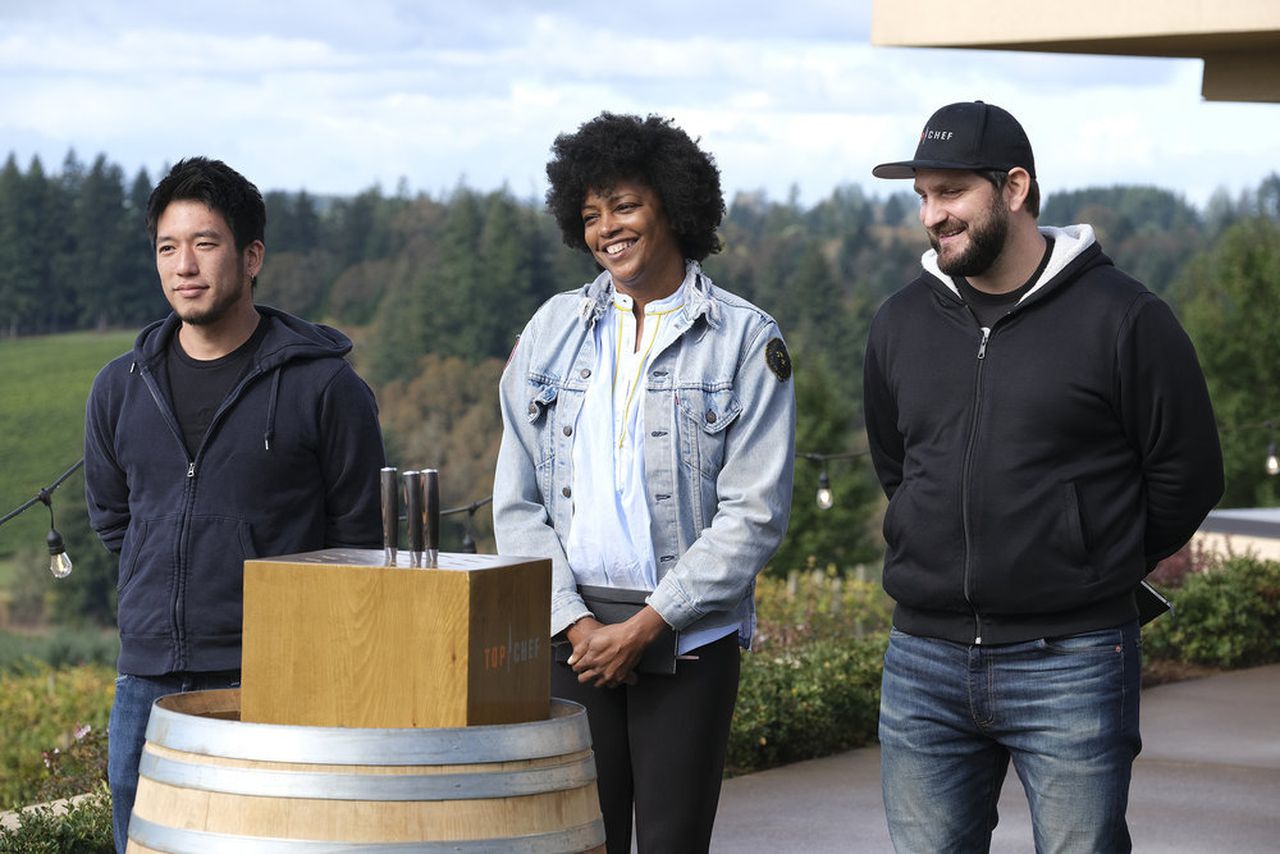 ‘Top Chef’ Portland names a winner, but controversy casts a shadow over a feel-good season (recap)

The “Top Chef” Portland season was hailed by many fans as one of the best seasons ever. The culinary competition series was filmed in Portland and other Oregon locations in September and October, when the restaurant industry had been hit hard by the pandemic, and the show brought a spotlight to local food and cooks. The cast was notably diverse, with the three finalist chefs, Houston-based Dawn Burrell, Austin-based Gabe Erales, and Seattle-based Shota Nakajima bringing a rich variety of experience, backgrounds and cooking styles to the show.

But when the “Top Chef” Portland season winner was revealed in Thursday night’s finale, response on social media was mixed. While many fans praised the choice of Erales, whose Mexican-inspired cooking had been consistently praised by judges Tom Colicchio, Gail Simmons and host and judge Padma Lakshmi all season, others brought up the fact that Erales was, following the taping of the “Top Chef” Portland season, fired from his position at an Austin restaurant for reasons that remain troublingly unclear.

As the Austin Chronicle reported late last year, on Dec. 15, the owners of Comedor, where Erales had been executive chef, announced in an email that Erales was “no longer with the restaurant due to his misconduct.”

The story quoted the email, which read: “Effective immediately, Comedor Executive Chef Gabe Erales is no longer with the restaurant due to repeated violation of our policies and for behavior in conflict with our values. In his absence, Chef and Comedor partner Philip Speer will be helming the kitchen. After the New Year, we will begin the search for a permanent replacement.”

What prompted the move wasn’t specified. The Austin Chronicle story said efforts to contact Erales, via Instagram and email, didn’t receive a response.

Update: The Austin-American Statesman has published a report picked up by other media, including Decider, which says the Austin-American Statesman story reports that Erales said he “he had a consensual sexual relationship with a Comedor employee in summer 2020 and cut her hours based when he returned from ‘Top Chef’ in November. While Erales claimed he cut the woman’s hours due to job performance, Speer told the outlet he did not think the woman’s work was a sufficient reason to cut her hours.”

Erales told the Austin-American Statesman: “After I returned from ‘Top Chef,’ I made some business decisions as a manager that affected this employee and were found to be discriminatory and I realized that those were bad decisions…I’ve spent the last six months really reflecting on these mistakes and taking the necessary steps to be a better husband, a father, a chef and a leader, through therapy, through spirituality.”

The “Top Chef” Portland season completed filming in October, so the move to terminate Erales from his executive chef job at Comedor came after the show had already named Erales the season’s winner, which meant he took home the $250,000 prize.

As the finale aired Thursday on the East Coast, Twitter users were posting reactions. Several noted a post from Portland chef Gregory Gourdet, who has been one of the “Top Chef” all-stars who served as guest judges and diners on this Portland season.

This evening, Lakshmi wrote on her Twitter account: “As someone who has been sexually harassed, this topic is a serious one, and merits openness. We filmed Top Chef in October of last year & were not aware of the allegations now coming out against Gabe. This should be investigated & the network should consider its best action.”

Later, Lakshmi added: “To be clear, no one has alleged sexual harassment on the record or otherwise to Bravo/Top Chef and we judges didn’t have any indication of inappropriate behavior from Gabe during his time on set.”

Before Erales was named the season’s winner, the “Top Chef” Portland finale saw finalists Erales, Burrell, and Nakajima return from the Oregon coast to the Willamette Valley. The three met head judge Colicchio and Lakshmi at Willamette Valley Vineyards. Colicchio and Lakshmi presented the chefs with the finale challenge: cook the best four-course progressive meal of their lives.

Colicchio advised the top three to prepare a meal that told the story of why they should be Top Chef. Burrell, Erales and Nakajima were able to shop for the ingredients they wanted, and were paired with chefs who returned after having been eliminated earlier in the season. Burrell was able to choose first, and she selected Jamie Tran to help. Nakajima chose Byron Gomez. That meant Erales was teamed with Maria Mazon, who shared with Erales a knowledge and expertise in Mexican-inspired cooking.

After shopping for ingredients, the three had six hours the following day to prepare and cook at Willamette Valley Vineyards, and had three more hours the following day, before serving their four-course meals to a table of the judges, and “Top Chef” all-stars who returned to act as guest judges and diners this season. The table included Portland chefs Gourdet, Naomi Pomeroy and Peter Cho.

All three chefs chose to prepare dishes inspired by their heritage. Burrell made food that reflected both Pan African cuisine and Southern food. Erales made dishes inspired by his Mexican roots. And Nakajima continued to cook dishes that were part of his Japanese identity.

When it came time to serve, Burrell encountered a problem she’s struggled with all season long, in that she didn’t complete the plating on her first course. But other than that, the process moved along fairly smoothly, Here’s what the finalists served.

Though each chef had their strengths, when it came time to announce who would win, and take the $250,000, Erales was the victor.

In his interview segment, Erales said he was proud to be the first Mexican Top Chef, and was happy to represent his culture, his cooking, and also a group of people who really operate the kitchens across the U.S.

More of our coverage:

Portland’s Gregory Gourdet on ‘Top Chef’: ‘You learn a lot about yourself, no matter when you go home’

‘Top Chef’ Portland: The chefs go to the Japanese Garden for a ‘Tournament of Tofu’ (Episode 10 recap)

‘Top Chef’ Portland: Was ‘Restaurant Wars’ a victory or defeat for our local chef? (Episode 8 recap)

‘Top Chef’ Portland goes to the drive-in for rain, and some ‘horror show’ food (Episode 5 recap)

‘Top Chef’ returns with a Portland-based season, celebrating food after a tough year for restaurants

‘Top Chef’ is back, and the new season is based in Portland 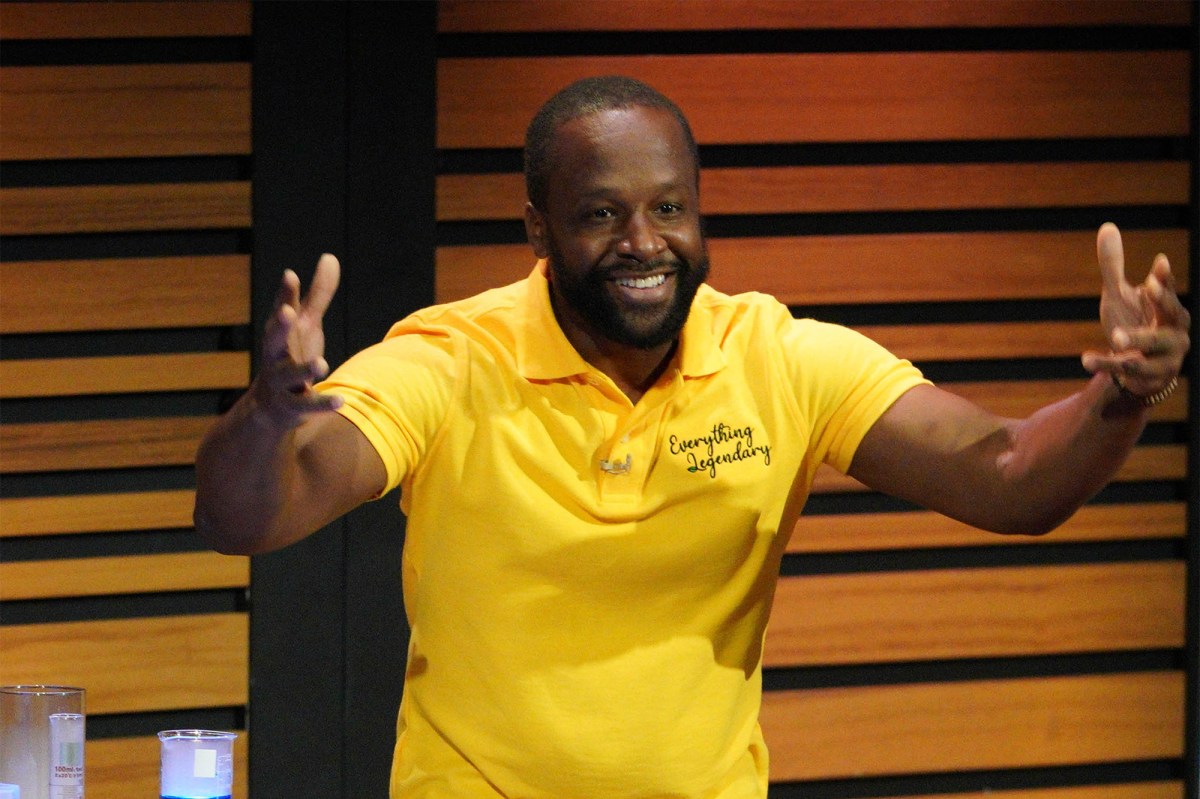 Everything Legendary burger chef tied up in lawsuit

Digital Health Trends 2022
We use cookies on our website to give you the most relevant experience by remembering your preferences and repeat visits. By clicking “Accept All”, you consent to the use of ALL the cookies. However, you may visit "Cookie Settings" to provide a controlled consent.
Cookie SettingsAccept All
Manage consent