The following story contains spoilers from the season finale of “Top Chef: Portland.”

On the season finale of “Top Chef: Portland,” the remaining three chefs — Dawn Burrell, Shota Nakajima and Gabe Erales — were tasked with preparing, as host, judge and executive producer Padma Lakshmi put it, “the best four-course progressive meal of your lives.”

While these dishes generally went over well with the judges, who called her meat course “heart and soul in a bowl” and said her dessert “should be on every Thanksgiving table,” service was not without its mishaps: After being plagued by plating problems throughout the season, Burrell once again missed a couple key components. The “Top Chef” title ultimately went to Erales.

Still, Thursday’s finale capped a standout season for the former track and field Olympian, whose up-and-down performance provided one of the cast’s most emotional and satisfying arcs. Though her lows were low, Burrell’s highs came with a palpable sense of pride in her cooking and of belonging among her accomplished fellow chefs — a combination that was never anything short of great television.

Burrell spoke with The Times about life after “Top Chef,” the increasing visibility of the food of the African diaspora, and why, exactly, she found plating particularly difficult.

What was your strategy for planning your final menu?

It came to me throughout the day of shopping. I love bread baking. I wanted to create a bread course for the judges, but I couldn’t figure out how to fit it all in and make it make sense, so I ended up sprinkling my bread preparations throughout the finale and presenting them as components of each dish. The challenge was trying to squeeze everything that I wanted to do to showcase who I am as a chef into those four courses. I was editing on the fly, while trying to be true to myself at the same time.

Because it’s a key part of the finale, I have to ask about the plating. What do you think was the reason behind your plating snafus this season?

Those were very painful moments, and I feel very exposed about my shortcomings. And one of them is just simply wanting so badly to show everything that is Chef Dawn Burrell on one plate, without editing myself down, so that I can get all of these things done. I just want to make sure that they get me.

To put flawed Dawn on display, for everyone to see, always messing up — it’s just frustrating and it’s painful to watch. I feel really self-conscious about it. Even watching the episodes, I get anxious from knowing what I did wrong at any moment. Like when I listen to what the judges are saying, it’s kind of hard for me to take in the good when I know there’s bad with it too.

But I do appreciate the perspective because it helps to soften the blow, so to speak. I’m not perfect, and my imperfection happens to be wanting to do so much that I cause myself to fail sometimes.

You first made it to the top in the second challenge, which was cringeworthy when Gabriel told you how to prepare your ribs, which you “can cook with your eyes closed.”

Oh, Gabriel. I was like, “You really have done yourself in. You should not act like that.” I was upset, and I think that I expressed it the way that I needed to express it. We still talk — after the season was over, he reached out and he realized his mistake. No hard feelings. Just be careful.

You won the challenge highlighting pan-African cuisine. What does that win mean to you?

I was very proud of my dish that day. I felt that I displayed my style of cooking in the best possible way, and I felt like I was representing who I am as a chef in the most opportune time. There’s a spotlight on this cuisine right now, and Southern cuisine as a whole, partly because of the climate and the openness to understand where these things come from. People are more willing to listen and educate themselves and recognize that there is no Southern cuisine without African ingredients because of the slave trade and migration.

It was so heartbreaking when you were injured during the tofu challenge.

I was very disappointed in myself. I looked down and saw all of the blood on the tables and on the plates. I was just dripping everywhere. Cutting myself is one thing, but having something like that happen that was completely in my control if I had realized it beforehand is so ridiculous and unacceptable. I’m really hard on myself in that way. I was feeling really defeated. It was a rough moment to recover from mentally. I’m glad it worked out, because my dessert was really good.

The night before the final cook, Brooke Williamson told you all, “Once you get home, your creativity starts to blossom in ways you never expected it to.” Has that been true for you?

She was spot on. Doing the show is almost like tapping into a different level of your craft, and I came home feeling like I had done the seemingly impossible. I now cook with even more confidence — if I did those things there with all that pressure and all those time constraints, I can pretty much do anything, as far as cooking is concerned. It really helped me grow, and I’m now involved in lots of different projects that I’m very proud of, and I’d never thought that I’d be able to do all of these things at one time.

Does that include your restaurant Late August, opening later this year?

Yes. Specifically, it’s food of the African diaspora with Asian-inspired ingredients or techniques, because there are so many cross-sections. For example, the scallop dish I did in [the] Restaurant Wars [challenge] had an African chili paste in it called shito, and it’s very similar to XO. Why were these sauces made this way? Is there a reason why they’re both oil-based? I’m educating myself so that I can create dishes that combine these two cuisines. It’s a full-service restaurant that’s not fine dining, but it will have a chef’s table.

Late August will be part of Lucille’s Hospitality Group, which also has Lucille’s 1913, a nonprofit that provides chef-driven meals for people in impoverished communities. What’s coming to the nonprofit is farmland: We’ve just been gifted 50 acres that will provide about 100 jobs for people in the community and fresh food supply for merchants we’re going to open in these food desert neighborhoods. I’m the head of the fermentation department of Lucille’s 1913, and we’re taking our overages of produce or scrap and making relishes and kimchis and things like that and putting everything else back into the soil by way of compost. I’m so proud of this process because we’re working our way to becoming a zero-waste entity.

What do you hope viewers know about you after watching this season?

I hope there’s an understanding that I really am good at what I do, regardless of my flaws that were on display. And that even though they can’t taste my food, they know that it’s always cooked with love and with my family, my team and my ancestors in mind. I cook with my heart and my soul, and I hope that that came through.

I have been a huge fan of the show and, this season, I finally felt ready to apply. I knew my flavors were good, and I wanted to see how my skills measured up against the best chefs in the country. I knew that if I stayed true to myself and my style of cooking, it would bring me success. Even though I didn’t win, I feel proud that my food was well-received by the judges throughout the season. I take that success with me. 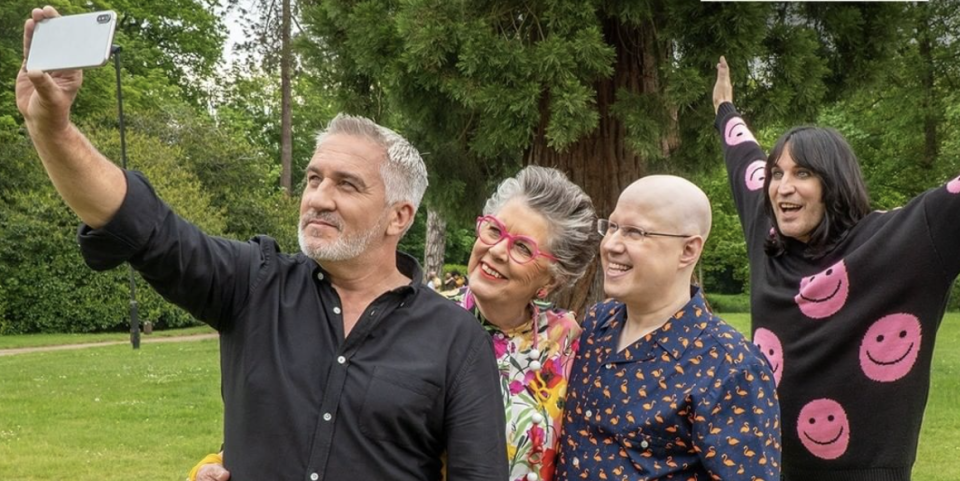 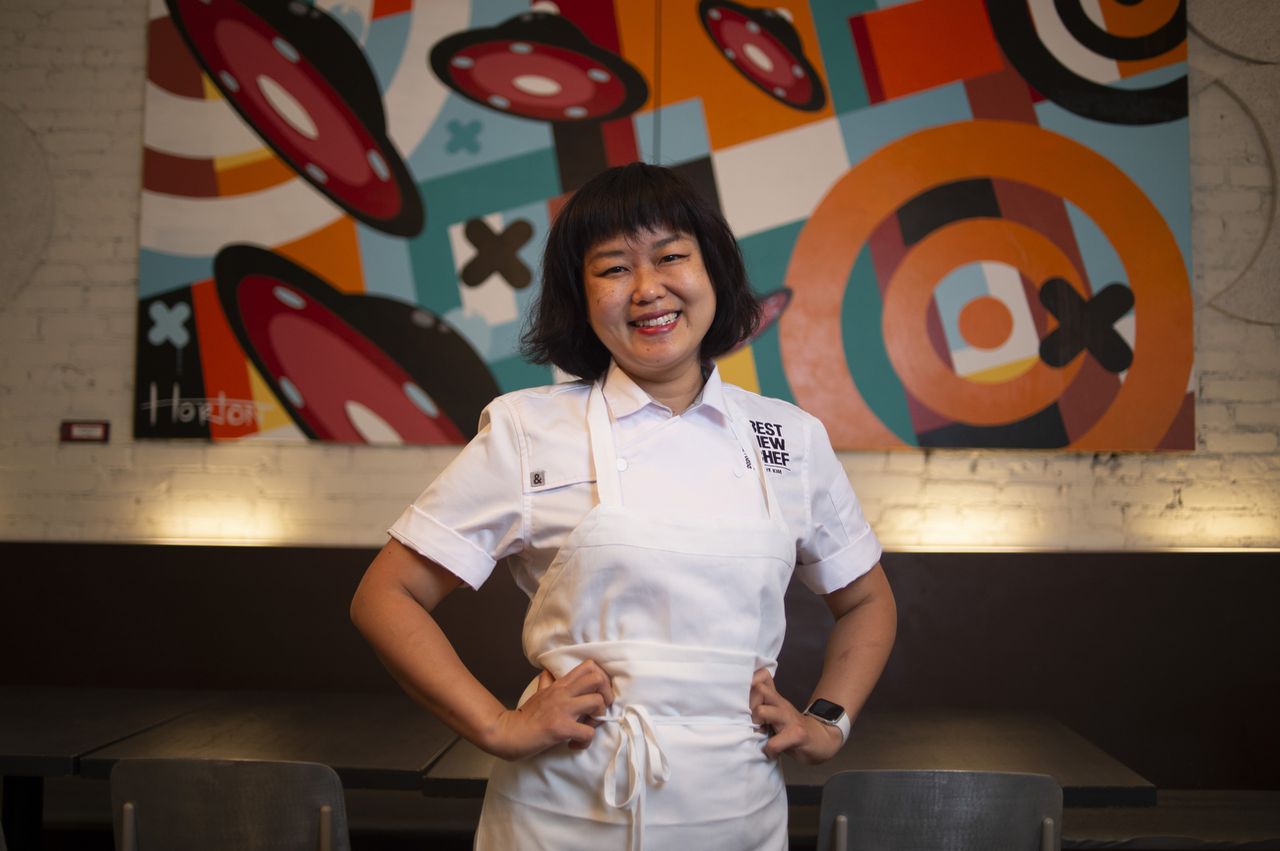 In The Thoughts Of A Pastry Chef (Half 2) 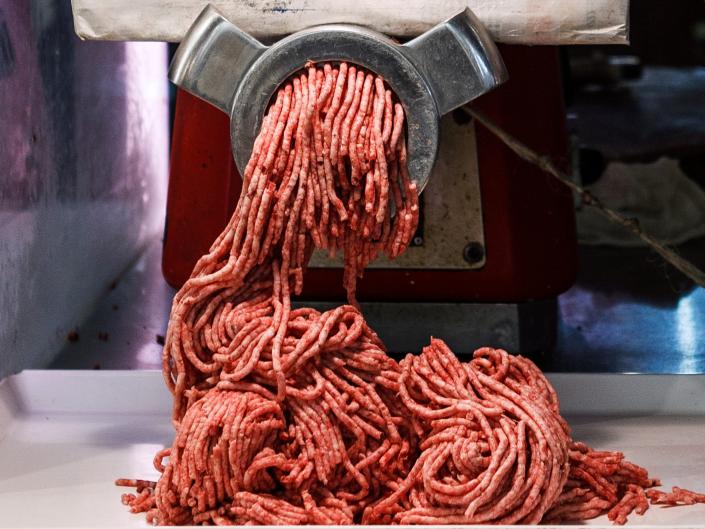 I have been a chef for years. Listed here are my 8 ideas for making excellent, juicy burgers.