When his restaurants closed last year as the coronavirus pandemic raged, Brian Bolter discovered to-go cocktails could be a lifeline for his businesses and his employees. The places he co-owns, two locations of the upscale watering hole Dry 85 in Annapolis, Md., and Ocean City, Md., and the Red Red Wine Bar, weren’t necessarily the kinds of spots people thought to order takeout from, he said.

But once Maryland relaxed its rules and allowed restaurants to package cocktails and send them out with takeout and delivery orders, things clicked, he said.

Bolter’s kitchens weren’t slinging delivery staples like pizza or subs, but customers still wanted their signature items, like the Lavender Fields of Kentucky, a concoction that blends Knob Creek bourbon with a lavender-vanilla syrup served in a glass rimmed with herb-scented sugar.

“It helped position us in people’s minds to think of us for takeout,” he said. “Our restaurants are ambiance-driven, and that doesn’t easily lend itself to takeout, so being able to offer drinks helped change consumers’ mind-set.”

Now that Maryland, like most states, has lifted its pandemic restrictions and restaurants are operating as they did before, cocktails to-go are still an important part of Bolter’s business – and those of many other restaurants around the country that are struggling to find their footing after a year that devastated their industry. Maryland’s legislature approved a measure allowing them through 2023.

Around the country, 35 states allowed to-go sales during the pandemic, according to the Distilled Spirits Council of the United States. Most states and localities are easing the restrictions placed on restaurants, and many areas of the country have returned to pre-pandemic status. But like those pesky pandemic pounds, it seems the to-go cocktail is here to stay in many places. Fifteen states so far, including Iowa, Arizona and Wisconsin, have permanently legalized them and nearly a dozen have given them extensions, according to DSCUS.

In Massachusetts last week, Gov. Charlie Baker signed a bill extending to-go cocktails for another year. Pennsylvania’s pandemic rules permitting to-go cocktails expired last week, and though a bill to make the change permanent advanced in the state House, it is mired in a dispute between the Republican-controlled legislature and Democratic Gov. Tom Wolf over emergency orders.

Cocktails are a rare high-margin item for restaurants and bars: Unlike food items, liquor is shelf stable, so there’s little chance of spoilage if they order too much or sales are low. That income source was a crutch for restaurants during the pandemic – and remains one, as the industry struggles to recoup losses and adjust to the new normal, which often means higher labor and supply costs and uncertain revenue. Many say takeout, including drinks, will remain a bigger part of their post-pandemic business now that customers have gotten used to the convenience of picking up dinner or ordering through myriad apps.

Kristin Amron, the bar manager for Dragonfly Sushi & Sake Company in Gainesville, Fla., said that during the pandemic lockdown, to-go cocktails – she mixes them by the batch and seals them in plastic bags – allowed her restaurant to hire back several staffers they had to let go.

“They’re still popular,” she said, “Especially on the weekends – now it’s a little extra revenue stream that we need.”

So they proliferated, arriving in Mason jars and pouches, many accompanied by artful garnishes and specially crafted ice, some just plopped in a plastic cup.

With the strong backing of the restaurant industry, state legislatures have been loath to retract something customers like and hard-hit restaurants have come to depend on.

“Legislators recognize that just because restaurants are starting to reopen, it doesn’t mean they have recovered. That is going to take some time,” said Lisa Hawkins, the senior vice president for public affairs at DSCUS. “Extending cocktails to-go provides these businesses with a stable revenue source as they begin to bounce back and also helps boost jobs and tax revenue for the states.”

Opposition in some states has come from liquor stores, which don’t so much fear the odd gin and tonic a customer might order from a restaurant instead of mixing at home as more fundamental market shifts.

John Bodnovich, the executive director of the American Beverage Licensees, a trade association that represents thousands of independent bars, taverns and liquor stores, says liquor manufacturers are using the moment to reshape the industry, which consists of manufacturers or importers, distributors and retailers, in their favor.

“The covid-19 pandemic should not be an excuse for one tier of the three-tier alcohol industry to call for drastic changes to effective retail alcohol laws, cut out their retail partners, and meddle with an alcohol ecosystem that successfully addresses public health and safety concerns, meets consumer needs, and provides a fair and competitive marketplace,” he said in a statement.

That’s tailing off now that states have opened up restaurants again, said Danelle Kosmal, Nielsen’s vice president of beverage alcohol practice. “If you think of the way we’ve all adopted new shopping behaviors, it opens a whole new area of opportunity and a potential competitive threat,” to liquor stores, she said.

But she also noted liquor delivery and online ordering – other pandemic trends – favor the retailers. The seeming permanence of the to-go cocktail is part of the flattening of the cocktail market, Kosmal noted.

Now customers have new options for their mixed drinks: They can order a drink for delivery or to-go from their favorite restaurant, or they can opt for a ready-to-drink cocktail purchased at their local liquor store. That category, which includes canned or bottled versions of drinks like Moscow Mules and yuzu margaritas, is a small but fast-growing part of the retail liquor market.

As for the fears that permitting restaurants to sell their boozy concoctions for people to carry away would lead to a city’s Main Street turning into a debauched miniature Bourbon Street (the famed stretch of New Orleans, where to-go cocktails have long been legal) – well, that hasn’t come to pass.

“It felt like it was something that was long overdue,” Bolter said. “Liquor laws are this patchwork of silly rules and regulations left over from Prohibition. Once our customers had the ability to buy drinks this way, they’re saying they should have been doing this all along.”

“Bourbon Street,” he said, “is an entirely different thing.” 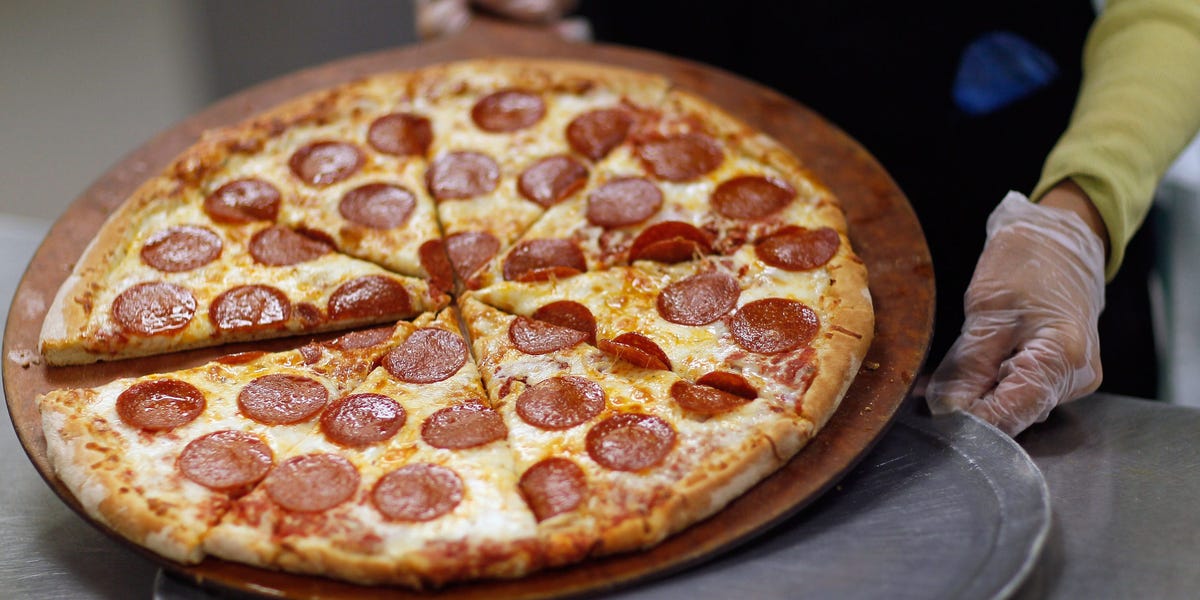 Price of Pizza, Chicken Wings, Other Meals Could Shoot Up: Experts

Farmers, distillers, retailers all benefit as people return to dining out

What Is A Good Business For Beginners
We use cookies on our website to give you the most relevant experience by remembering your preferences and repeat visits. By clicking “Accept All”, you consent to the use of ALL the cookies. However, you may visit "Cookie Settings" to provide a controlled consent.
Cookie SettingsAccept All
Manage consent