Steve Goff of Jargon talks about the upside of failure

ASHEVILLE – The trajectory of Steve Goff’s career — from homeless dishwasher to lauded executive chef — is as unlikely as it is a great story.

Once a train-hopping gutter punk, Goff stopped along the way in Asheville in 2003 to protest for gay rights.

A conspicuous target with his pink, leopard spotted mohawk, Goff was apprehended at the protest and eventually pleaded guilty to disorderly conduct. Though he kept trying to leave Asheville after that inauspicious start, he never could seem to escape.

Meanwhile, he slept in the woods off Charlotte Street, across from a building that would eventually change his life.

Three months later, Goff heard from a man on the street that Zambra was hiring a dishwasher. That man knew because he had stepped out for a smoke during a grueling shift and never returned.

Goff, who had experience working in corporate restaurants, scoffed. “I said, ‘No dog, this isn’t washing dishes at your house,’ and I came and applied.”

Zambra’s chef was reluctant at the time because Goff’s experience was exclusively in corporate restaurants.

Goff, who recently signed on as executive chef of Jargon in West Asheville, said his time in those systems-oriented spaces gave him the tools to succeed. “I didn’t have the creative art yet, but I enjoyed the drive, the fast-paceness you have to have,” he said.

Being a professional cook can seem a paradox to the uninitiated. It sometimes requires ditching creativity for urgency. “First you have to know how to put it out,” Goff said. “If you can’t cook a ton real fast, you’re in trouble.”

At Zambra, Goff soon was doing the work of two dishwashers, and still had energy for more. He was promoted to prep cook and soon began running lunch service.

After briefly moving to Durham, where he simultaneously worked at Fowler’s Food Store, at a pizza joint staffed by punk rock servers and as a barista at a nearby coffee shop, Goff returned to Asheville to find his prospects had dried up, even at Zambra.

Unable to find work in local restaurants, he went to Labor Ready, a now-closed temp service and source for cheap labor. There, he failed a personality test. “I was dejected,” he said. “It was the ultimate put down.”

Even so, he doubled down on the idea of being a professional chef and enrolled in the culinary program at Asheville-Buncombe Technical Community College in 2006 while simultaneously working at Jack of the Wood and the Laughing Seed.

“I had realized I loved being in the kitchen all day every day,” he said. “It was punk rock — it’s loud, everyone’s surly.”

From there, Goff’s cooking took him through an internship at Gabrielle’s at the since-fire-ruined Richmond Hill Inn and back to Zambra, where he worked for five years. He also worked a stint at Ben’s Tune Up butchering meat and making pastries and pickles.

By then, Goff was developing an identity, which chef John Fleer of Rhubarb pointed out while politely declining to hire him. “He said, ‘You already have your own thing,'” Goff recalled. “You’re not moldable; you have a thing you already do.'”

Fleer was right, and Goff was soon brought on as partner and executive chef of a new project called King James Public House, located across the street from the woods where Goff once slept on a dingy mattress. The restaurant opened in early 2014 under the ownership of Peter Slamp of Zambra and a group of investors.

It was the perfect fit — at first.

The rise and fall of King James

It was at King James where Goff truly came into his own. It was a kitchen where Goff could indulge his love of British food and fascination with the sort of culinary history found in Escoffier’s “Le Guide Culinaire.”

He also came to terms with his new status as a southern chef and began delving deep into the history of the South, devouring work by Toni Tipton-Martin and Michael Twitty and perusing the Foxfire Series, a collection covering the heritage of Southern Appalachia. ​

More:Hopkins and Company’s H&F Burger to reopen, reimagined as Holeman and Finch Asheville

At Zambra, Goff said, nothing premade crossed the kitchen’s threshold — no mayo, no sour cream, nothing. At King James, Goff tried to figure out how to take that a step further. “I had a hunger to be the most local, and I also researched every menu in town to make sure we had stuff no one else had when we opened,” he said.

At King James, Goff created dishes like duck wings and fried chicken and crumpets. He fermented and pickled everything and wasted hardly anything, earning with some customers a reputation as a guy who made weird food out of parts and pieces others might toss out.

But he also created a following, and customers got tattoos of the restaurant’s logo. Food & Wine magazine showed up. Goff turned into a harsh critic of himself, and a harsher critic in the kitchen too, he said.

Meanwhile, the restaurant’s investors pushed for more of a steakhouse vibe. Goff pushed back.

More:North Carolina’s bartender, chef and distillery of the year are all in Asheville

In the spring of 2015, Goff was dismissed in an ownership dispute that, as he told the Citizen Times then, carried the pain of “one thousand girlfriends breaking up with you at once.”

Though he was offered $3,000 as a parting gesture, Goff declined. “Pride just wouldn’t let me take it,” he said.

Without Goff at the helm, King James Public House closed shortly thereafter. “It just shattered me to lose that,” he said.

Goff’s next two restaurant jobs — head butcher at Standard Foods in Raleigh and partner and chef at Aux Bar in Asheville — also crumbled. The first happened after Scott Crawford left Standard, the second after Aux Bar fell victim to the complications of operating in a pandemic.

Brine Haus, a food truck Goff opened with wife Samantha Goff in Raleigh, was just not the right idea at the right time. “We were cooking ramen broth in a metal bullet in a parking lot in Raleigh,” Goff said. “It was so hot and humid, we were taking turns getting off the truck not getting sick. It was really stupid.”

That truck is retired for now, Goff said.

It was an uncannily bad streak for a talented chef who said he just keeps finding himself in the wrong place. “If your business fails because you failed monetarily, it’s one thing,” he said. “I’ve yet to do that, but I just keep getting myself in the dumbest positions ever.”

Goff said some may see a record of failed projects, but that’s not his read.

“They gave me extremely valuable knowledge, knowledge that can only be earned through blood and sweat,” he said. “No amount of study could have given me the skill set needed to deal with all those obstacles.”

One man’s trash is another’s treasure

There are also experiences Goff wouldn’t trade for anything like the Wooden Nickel program at Aux Bar, which he opened in 2018 with his wife and partners Mike and Darlene Moore.

There, diners could pay $5 for wooden nickels to give to others in need of a meal. Anyone who came into the restaurant with a wooden nickel would get fed.

“And if you didn’t have a wooden nickel, you’d get fed anyway,” Goff said. “I will never forget the looks on the faces of the homeless people who knew my van and would cheer when I would go by.”

Goff said his familiarity with homelessness and hunger has informed his work as a chef as much as anything.

“We sit in these nice restaurants and cook and throw away food while people are starving,” he said. “Waste bothers me to no end, so I spend hours thinking about how to turn something into something else.”

At Jargon, he’s working on creating as much of a no-waste kitchen as possible. That means drying the bloodlines of fish to make something similar to bottarga. He makes relishes and pickles from collard and chard stems.

More:Earth Fare rebounds: Once bankrupt, Asheville based supermarket booms with 20-plus stores

“That’s so much texture and crunch you’re just throwing in the trash,” Goff said.

He smokes trout bones and simmers them in the leftover whey from house-made ricotta to make a savory sauce. He caramelizes the whey for desserts and whey-ferments produce.

“There’s something you can do with everything,” he said.

That extends to parts like necks and livers and feet that are beginning to show up from time to time, mostly as specials, on Jargon’s menu.

He’s heard one complaint from customers about “weird” food in the month since he assumed the new role. Even so, Goff said he’s prepared the servers well with a look into his philosophy.

“I don’t care if it’s a plant or animal, something gave its life for us to eat in this nice restaurant,” he said. “We owe it to that critter to use every bit and make it the best we can all the time. When we don’t eat something, we’re disrespecting the animal and the farmer.”

Goff said food that others dismiss as weird or even high-brow often have their roots in traditional peasant dishes.

“At King James, some people would say ‘Steve Goff just cooks weird (stuff),” Goff said. “But there’s tons of great food out there if we would just not turn our noses up.”

Mackensy Lunsford has lived in Asheville for more than 20 years, and has been a staff writer for the Asheville Citizen Times since 2012. Lunsford is a former professional line cook and one-time restaurant owner.

Take a peek inside Mugen, Waikiki’s most intimate luxurious restaurant 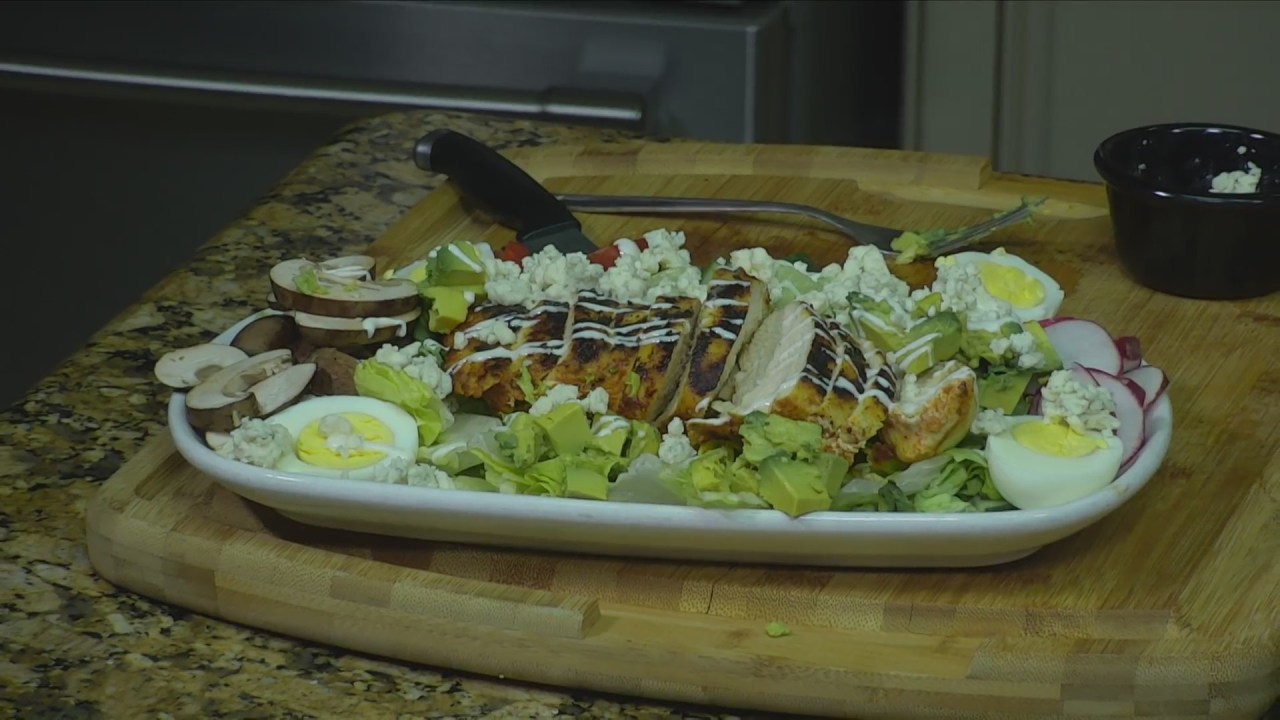 Best Business For Beginners
We use cookies on our website to give you the most relevant experience by remembering your preferences and repeat visits. By clicking “Accept All”, you consent to the use of ALL the cookies. However, you may visit "Cookie Settings" to provide a controlled consent.
Cookie SettingsAccept All
Manage consent