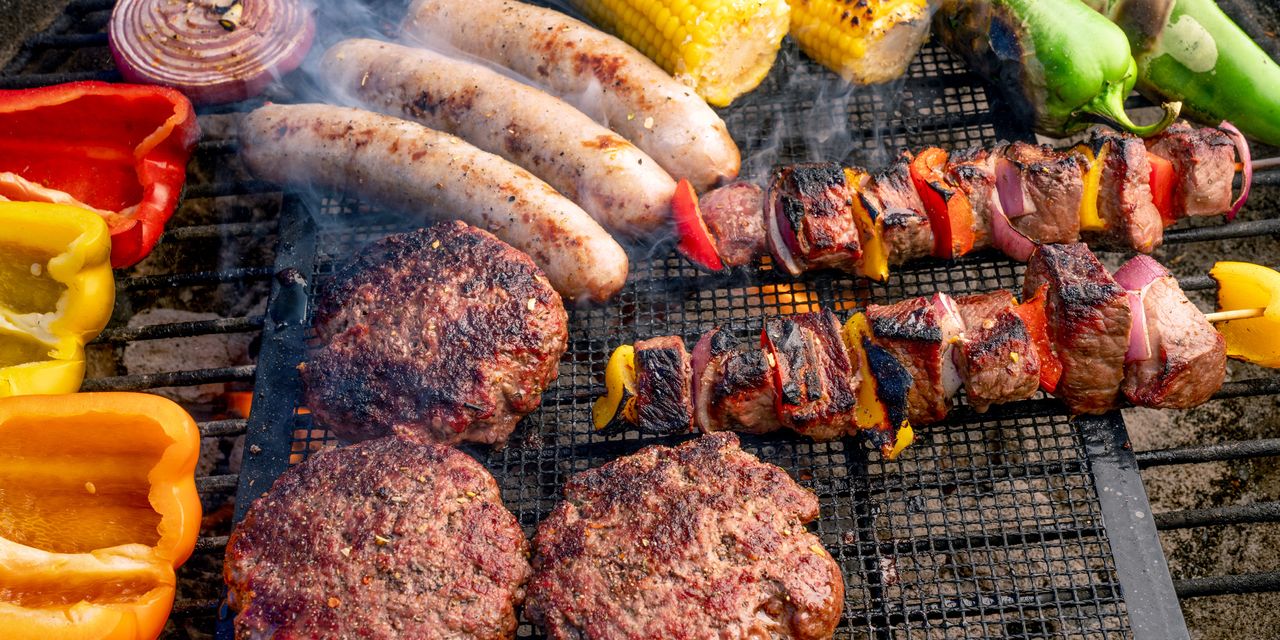 ‘So much more flavor:’ Top Chef winner and judge says this $629 grill is the secret to incredible grilled food

MarketWatch has highlighted these products and services because we think readers will find them useful. We may earn a commission if you buy products through our links, but our recommendations are independent of any compensation that we may receive.

When people were stuck at home during the past year, they spent more on their homes than ever before, which has been great news for our family because my husband is a furniture designer who works on commission. People’s renovation projects meant discretionary income for our family, much of which we have diverted to improving our small backyard in Savannah. One of the many components we’re missing in a backyard oasis is a killer grill. We want something we can use in the swampy heat of a Georgia summer, but also, all year round, when the weather cools down. There are far fewer restaurant and take-out options in Savannah than what we were used to in Brooklyn, where we lived for 16 years. So, we also want a grill that produces the sort of high-quality food we can’t easily order in on a lazy night.

To find the best options, I turned to professional chefs to ask them for their recommendations on the best grills for home chefs. Here is what they told me.

Melissa King, Top Chef All Star Winner
Grill: Big Green Egg, starting at about $629 on Ace Hardware (offers same-day delivery and assembly in many areas; comes with a lifetime warranty)

Designed to heat up and start cooking in mere minutes using an electric charcoal starter, the Big Green Egg is a kamado-style ceramic grill — meaning it uses lump charcoal as a heat source — that allows you to cook everything from grilled meats to pizza to deserts. Temperature is adjusted using air flow. Melissa King, who currently is serving as a rotating judge on Top Chef and the upcoming Top Chef Amateurs, loves cooking with the Big Green Egg. “There’s so much more flavor that can be captured on your grill when you’re in control of the fire and cooking your ingredients over wood or charcoal,” she says. The Big Green Egg comes with a lifetime warranty.
BUY NOW: Big Green Egg, starting at about $629 on Ace Hardware(offers same-day delivery and assembly in many areas; comes with a lifetime warranty)

Designed to be fully adjustable and portable, the Burch Barrel BBQ Grill and Fire Pit mimics the look of 19th century campfire cooking gear but utilizes modern technology, including nine different heat settings. “I saw one while camping and had to have one,” says Jet Tila, who regularly appears on the Food Network. “The grill is a BBQ suspended on a tripod and has the ability to lift the food basket entirely over the fire. You can also adjust the charcoal heights, control air flow and use it as a wood fire pit.”
BUY NOW: Burch Barrel BBQ Grill and Fire Pit, $875 on Amazon

Tyler Kord, owner of No. 7 (one of Bon Appetit’s top new restaurants in America in 2009) and No. 7 Subshops
Grill: Weber Charcoal Grill, starting at roughly $45 on Weber (free shipping and returns on orders over $50)

Living and working in New York City, Tyler Kord, who is the chef and owner of No. 7 restaurant in Brooklyn, doesn’t often get the chance to cook with a grill outdoors. When he goes on vacation, or to visit friends in upstate New York, he likes to use a classic Weber charcoal grill. “Charcoal just has a cleaner, hotter smoke,” he says. He likes the ritual of waiting for the coals to heat up, and then standing around the grill with friends and family. “It’s just fun,” he says.
BUY NOW: Weber Charcoal Grill, starting at roughly $45 on Weber (free shipping and returns on orders over $50)

Designed for self-described control freaks, the Broil King Signet is a gas grill that has 620 square inches of cooking space, along with a porcelain coated warming rack and heavy-duty cast iron cooking grids. Phil Conlon, the owner of Navigating East, loves the grill for a variety of reasons. “The Signet get super hot (which is key for certain things, like pizza) and has a flame that’s easy to control,” he says. He also notes that the Signet is great quality for a good price.
BUY NOW: Broil King Signet, $655 on Amazon

Jimmy Clark, private chef for DineDK
Grill: Lynx Gas Grill, starting at about $3,000 from BBQGuys (free shipping on items over $49)

Jimmy Clark makes his living as a private chef for wealthy families. He often spends much of his summer out in the Hamptons, working in summer mansions. There, he gets to utilize the families’ appliances, including their Lynx grills, which he says are superior to other brands. “They light really easily, and they are super powerful,” he says. Although the Lynx grill is at the highest end of the budget range, buying one might be worth it if you want your grill set-up to be a showstopper. This is outside of our budget range, but if you can afford it, invite me over for a BBQ?
BUY NOW: Lynx Gas Grill, starting at about $3,000 from BBQGuys 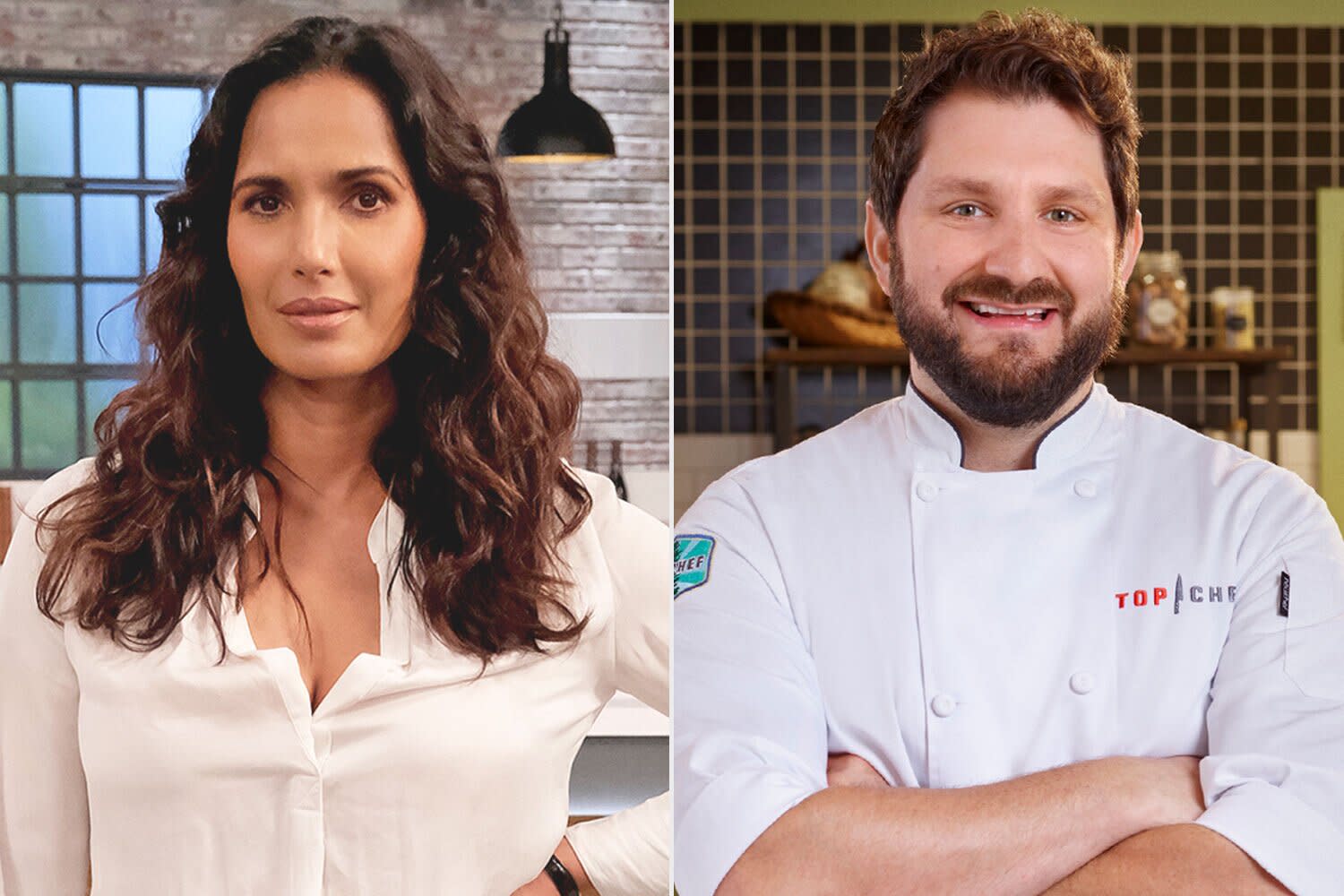 Padma Lakshmi Says She Was ‘Not Aware’ of Allegations Against Top Chef Winner: ‘This Should Be Investigated’ 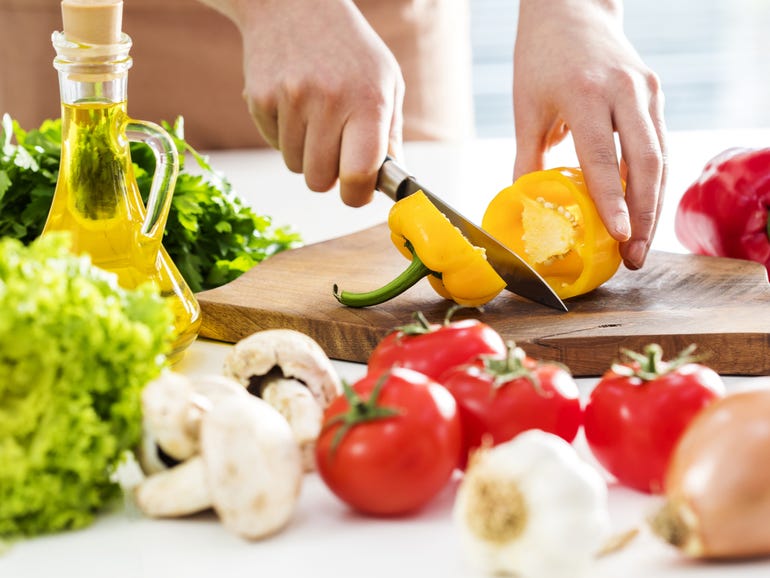 Unique Business Ideas
We use cookies on our website to give you the most relevant experience by remembering your preferences and repeat visits. By clicking “Accept All”, you consent to the use of ALL the cookies. However, you may visit "Cookie Settings" to provide a controlled consent.
Cookie SettingsAccept All
Manage consent