Should you really drink tea and sleep naked when it’s hot?

There’s nothing like a British heatwave to bring out a long list of extreme weather advice. With temperatures set to remain high this month, what advice should you be following to keep yourselves cool?

1. Should I keep windows and curtains closed?

The truth: “It’s natural on a hot day to keep all your windows and doors open,” says Dr Alannah Hare, an NHS and Private Sleep Consultant at the Royal Brompton. “However, the best thing to do is to keep your windows shut and your curtains drawn all day. It’s all due to temperature differentials. When you open your windows in the morning it feels cool and lovely, but as the sun comes up throughout the day it heats the inside of your house.

“If you keep your windows and curtains closed until dusk, however, your house will feel very cool when you go to bed. As the sun sets, open your curtains and windows and you’ll feel a lovely breeze coming through your house, which will help you sleep.”

2. Does drinking hot tea cool you down?

The truth: It has long been established that staying hydrated is essential during a heatwave. However, whether or not you should be boiling up a brew in the heat has been the subject of intense scientific debate.

In 2012, a landmark study by the University of Ottawa’s Ollie Jay, sought to find an answer once and for all. The team discovered that when thermosensors in the mouth and throat detect heat, the brain activates a sweating response. The sweat then absorbs body heat and evaporates it into the air. As a result, they concluded that drinking hot drinks can cool you down in certain environments.

The truth: Gazpacho, ice cream, cold fruit salad – and, curry? Several foods can have a cooling effect, and it seems one of them is chilli. It might appear counter-intuitive – everyone who’s had an extra hot curry will know why – but it makes sense, considering many of the world’s spiciest cuisines are found in warm climates.

The theory is simple: fight fire with fire. Hot, spicy food, which usually contains chilli, contains a chemical called capsaicin. When eaten it heats up the body and you begin to sweat. The evaporation of this sweat removes heat from the body. Supposedly, cold food will only cool you down for a short spell, while hot, spicy food provides a more long-term cooling.

Several other ingredients often found in curries are thought to hold cooling properties, such as turmeric. It’s worth noting, however, that in order to sweat you must remain hydrated, so drink plenty of water.

The truth: According to dietitian Helen Bond, “it’s wise to be cautious in the sun, and I certainly wouldn’t advise sitting in a beer garden or a park for a couple of hours in the lunchtime sun. But a 15 minute walk exposing your hands, face and arms to the sun will give you a fantastic amount of vitamin D to keep your levels topped up throughout the rest of the year.”

The truth: “British people tend to get very excited about a sunny spell,” says Bond. “However, drinking too much alcohol in a heatwave is just about the worst thing you can do. On a cold day, alcohol is dehydrating, but on a hot day the effects are tenfold and if you’re drinking during the day and outside, you’re more likely to get burnt because the enjoyment of drinking keeps people rooted to the spot. A couple of beers is fine, but no more than that, and have a glass of water before, in between, and after each beer.”

“People tend to drink more Pimms and beer in a heatwave and then get a double whammy of bad sleep, from the effects of the alcohol and the heat,” adds Hare. “So drink moderately.”

6. Will a cold shower before bed help?

The truth: “This is something people always tell me they do when it’s hot, but it doesn’t work,” says Hare. “After a long, hot day in an office, it’s tempting to blast yourself under a cold shower just before bed. But the problem is the body then raises its core temperature to compensate for the cold water, which makes you feel warmer once you’re in bed and makes sleep more uncomfortable. It’s far better to have a tepid bath or shower, so your body doesn’t try to warm itself up.”

7. Would a pillow in the freezer work?

The truth: We’ve all heard this one, but does it actually work? “Yes it does, but don’t put your whole pillow in there, just the pillow case,” says Hare. “Around an hour before you want to go to bed, put your pillow cases in a plastic bag and put them in the freezer for about 40 minutes. Then pop it on just before bed, and it will feel lovely and cool on your skin. You know that feeling you get on a warm night when you turn your pillow over so you can feel the cool side? It feels like that, but one hundred times better.”

8. Should I sleep naked?

The truth: “People always ask me about this,” says Hare. “If you’re wearing natural fibres, like cotton, then you’ll feel cooler in the night than if you were naked because the cotton will wick away sweat from your skin. However, anything man-made or synthetic will keep heat next to your skin. And the same goes for bedding. So if I had the choice between cotton and nakedness, I’d choose cotton. But if you’re choosing between man-made fibres and nakedness, go naked.”

9. Should I avoid exercise?

The truth: Working out can become a sweaty business – though some hardy souls will carry on regardless. Exercising in extreme heat places extra stress on the body and can be dangerous, leading to a range of heat-related illnesses, from heat cramps to heatstroke.

That doesn’t mean you should avoid it altogether – but you should understand how to recognise symptoms and know your limits. Warning signs, according to the Mayo Clinic, are numerous, including cramps, nausea, excessive sweating, dizziness, increased heart rate and visual problems. “By taking some basic precautions, your exercise routine doesn’t have to be sidelined when the heat is on.”

Here are some top tips from the Mayo Clinic:

Read more: How to keep fit during a heatwave

The truth: “There are two things British people like to talk about – the weather and their sleep,” says Hare. “During a heatwave people start to panic about their sleep, which is the very thing that will stop them sleeping. So try not to worry about it too much. Maybe your sleep will be a little disturbed, but that’s fine. You’ll manage to get enough sleep to get by. And just think, in a few months time it will be cold again, and we’ll back to worrying about that instead.”

Here’s a selection of the comments you’ve left on our heatwave stories. Please continue to share with us your advice in the section below this article.

Jasmine Maddock: I put an ice pack in the bed a little while to cool the bed down, and find a cup of tea helps as paradoxically the heat cools your body down.

Mikel Crawley: We put a duvet on the floor near an open door so air moves through, and sleep on top of the duvet cover.

Linden Airey: If you are wearing clothes to bed, lightly dampen the clothes. With this kind of heat, damp can be your friend! If you can’t return to sleep after waking in the night, use a wet washcloth to cool your skin.

Read more: Should I walk my dog in a heatwave? How to keep pets cool in summer

What are your heatwave hacks? Tell us in the comments below 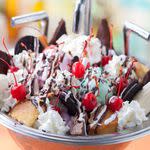 Official Disney Recipes for When You Crave Park Classics 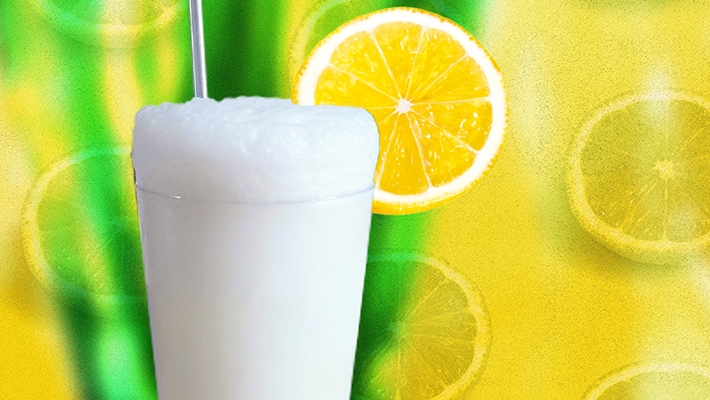 Small Business For Beginners
We use cookies on our website to give you the most relevant experience by remembering your preferences and repeat visits. By clicking “Accept All”, you consent to the use of ALL the cookies. However, you may visit "Cookie Settings" to provide a controlled consent.
Cookie SettingsAccept All
Manage consent