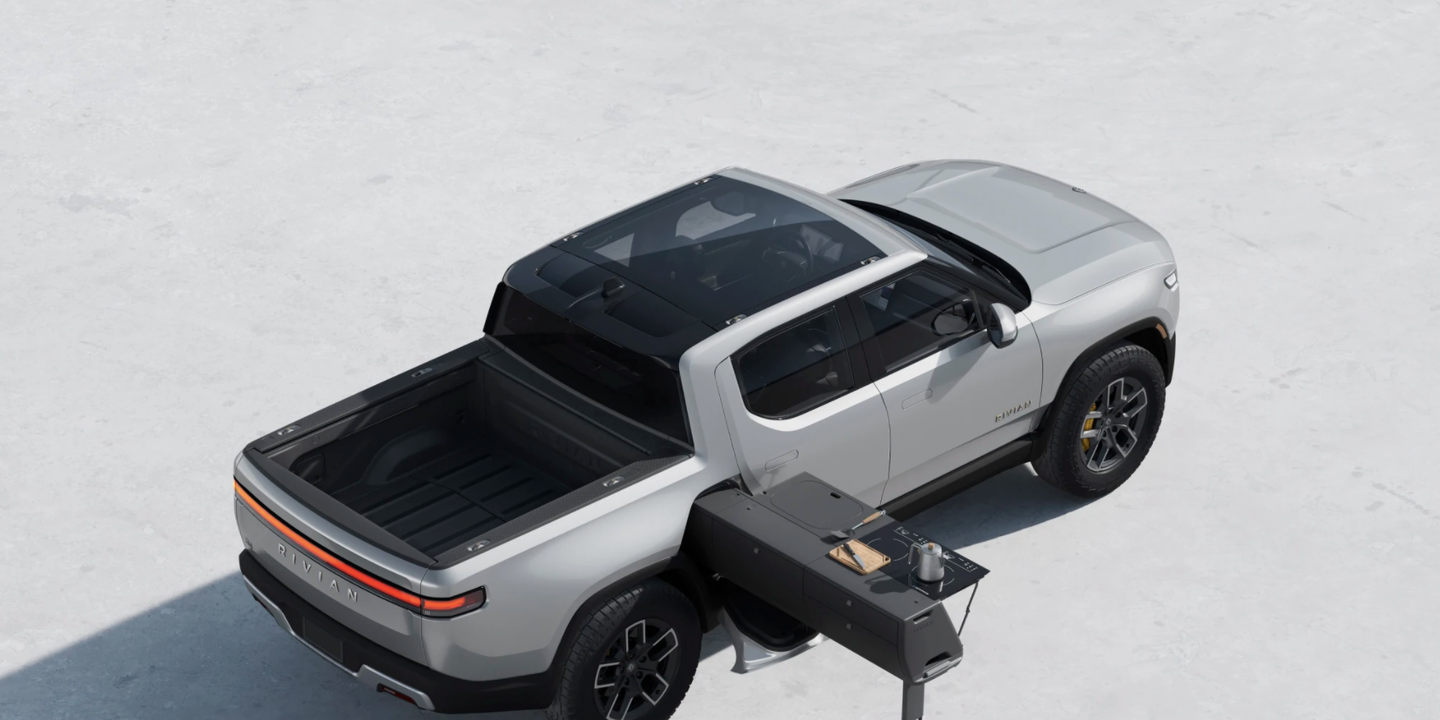 The electric-truck wars have started, and now we’re in the phase where automakers highlight the unusual features their plug-in pickups offer as a way to stand out from the competition. Ford spent plenty of time during the recent launch of the F-150 Lightning talking about the EV’s ability to power a construction site’s worth of tools for three days. GM’s upcoming GMC Hummer EV can drive diagonally using a feature called Crabwalk. And Tesla has made all sorts of claims about its angular Cybertruck, including multiple pull-out tables in the rear that can be used as a mobile kitchen.

Not to be outdone, Rivian founder and CEO RJ Scaringe tweeted this video of his company’s Camp Kitchen feature, which was already announced way back in 2019. This small countertop includes a two-burner induction cooktop and a collapsible sink with a spray faucet and a four-gallon water tank. Everything slides in and out of the R1T truck’s body in a so-called Gear Tunnel that’s located just behind the rear seats.

The Camp Kitchen is one of many available accessories for the 11-cubic-foot side-access Gear Tunnel. The 1440-watt induction stovetop draws power from the R1T’s 135.0-kWh “large pack” traction battery.

The Camp Kitchen isn’t cheap—the package costs $5000 on top of the R1T’s nearly $70,000 starting price—but it comes with more than just the burner and the sink. The built-in mini-kitchen’s drawers come with custom molded insets that have a place for every fork, knife and spoon of the included 30-piece kitchen set from Snow Peak. Spatulas, tongs, a can opener, titanium cutlery, a water kettle, and more are all part of the package. Rivian says the inserts are so well designed you won’t hear a rattle when you drive all of these utensils around town.

The Gear Tunnel could become a popular way for Rivian R1T owners to customize their rides. As designed, the Camp Kitchen is made up of three main parts, each of which installs onto the R1T’s “shuttle system” that allows the components to slide into and out of the body. Rivian has said the shuttle system platform was “developed to support a range of future Gear Tunnel accessories,” and, based on the responses to Scaringe’s tweet, a standard workbench would be a popular options, as would two turntables and a microphone.

For overnight outdoor adventures, Rivian will offer a separate package that includes a three-person tent that mounts onto the top of the bed for $2650. The Skyrise HD Medium Rooftop Tent has a 56-by-96-inch footprint, is 48 inches tall, and comes from Rivian’s partnership with Yakima. Opting for the tent package brings with it a set of Rivian Cargo Crossbars that sit across the truck bed. You can find it all on the Rivian configurator.

Rivian says will start deliveries of the R1T (and the similar R1S electric SUV) in January 2022. 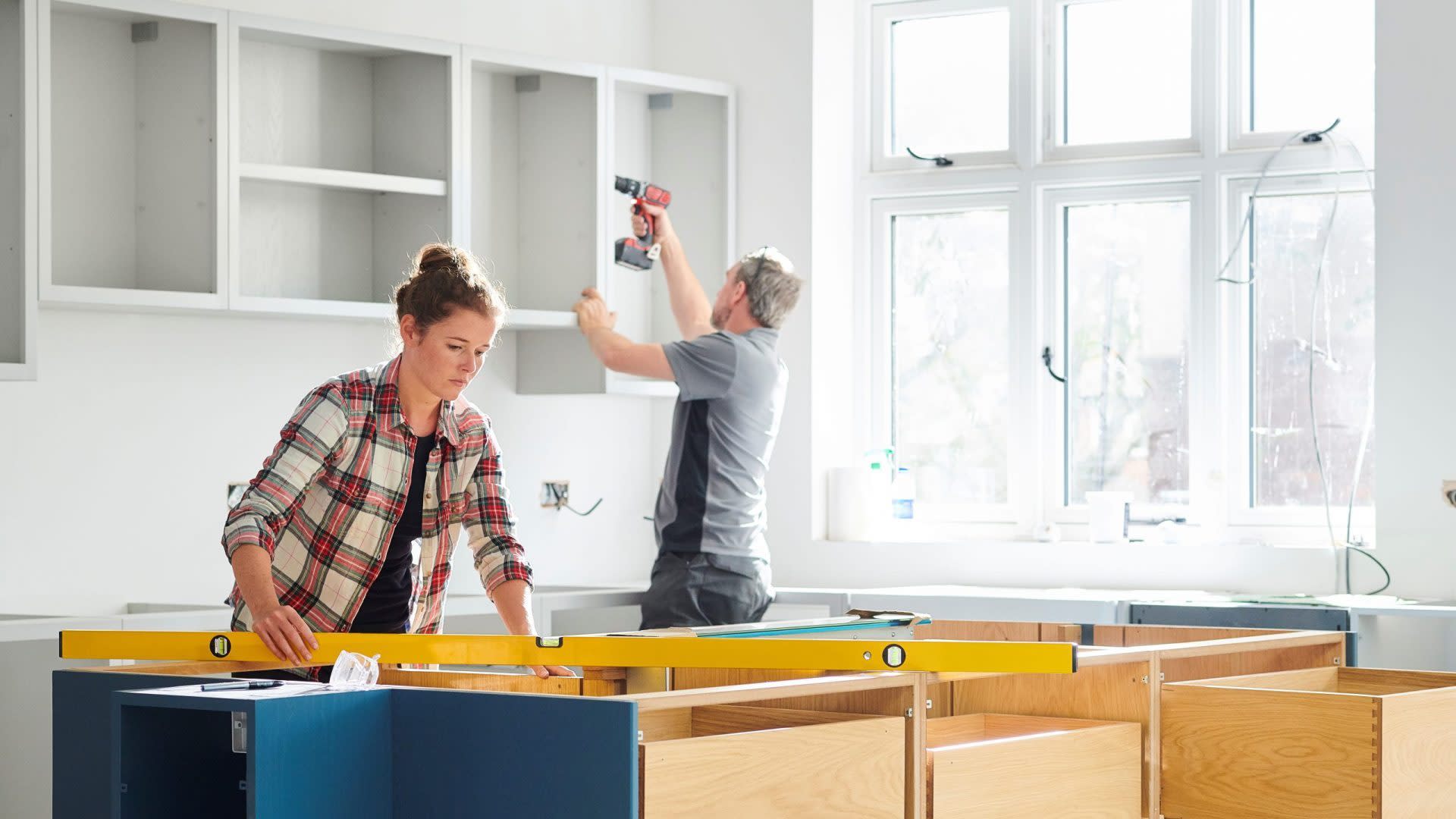 5 Kitchen Appliances That Just Aren’t Worth It

How Does Ina Garten Set up Her Kitchen Instruments?