Reusing pickle brine? Here are 5 creative ideas for you

Pickles are an essential part of the summer dining experience. What’s a burger if it’s not crowned with a few bread-and-butter pickle chips? A charcuterie board without the piquant crunch of a cornichon? It’s easy to fly through jars of pickles in the summer — but please don’t tell us you simply dump out the remaining pickle brine when you’ve finished your pickles. There are so many ways to use this versatile liquid!

Using the whole jar is a podium that Nick Melvin is happy to stand on. When he co-founded Atlanta-based Doux South Pickles in 2013, it was the height of the farm-to-table movement, and he joked that his pickles were actually jar-to-table. “We had to teach people and show people that you could use the entire jar,” Melvin told TODAY Food.

Using pickle brine does more than prevent food waste. “I think it adds a complexity of flavor, whether you’re doing a classic dill pickle brine or something more complex like strawberry vinegar-based brine,” Esther Wallace, the general manager of St. Roch Fine Oysters in Raleigh, North Carolina, told TODAY. “You’re able to add a tone and flavor and acid to something without using just your standard lemon juice, lime juice or your classic citrus.”

Here are five ways to use pickle brine, according to the experts.

If you can muster up the energy to make a summer sandwich, you can jazz up your aioli, too. That’s what Mary Attea does at Musket Room in Manhattan, where she is the executive chef. “We have a clam roll that we feature on Saturday and Sundays, so I make more of a tartar sauce with pickle brine,” Attea told TODAY. “There’s already capers and cornichons, chive, tarragon and those sort of flavors. So I just give a little bit of the juice as well, to emphasize the pickle in the aioli. You just really add a little splash to bring out some flavors.”

If you’re making mayonnaise from scratch, Attea suggested adding in pickle brine in lieu of water when you thin out the emulsion, or just stir some pickle brine into store-bought mayo along with other ingredients, like maybe a chipotle hot sauce.

2. Use it as a chicken marinade.

Assuming that you buy high-quality pickles (or make your own), your brine should have plenty of spices swimming in it. Let the seasonings dictate how you use your brine. If you’re using bread-and-butter pickle brine, the sugar content will be higher which lends itself nicely to caramelization, so a marinade for something like chicken is perfect.

To do this, Melvin suggested tossing chicken thighs with toasted chile flakes, brine and fresh dill. “Let it sit for about 30 minutes before you hit it on a hot grill. High sugar content will go really nice on the caramelization on the grill, which I think goes really well with chicken thighs in general,” he said.

Need a fun canapé for guests? Consider an oyster shooter that uses pickle brine. At St. Roch, Wallace combines pickled banana pepper brine, lemon juice, horseradish, hot sauce, cocktail sauce and vodka, and puts a bit of it on their oysters before serving.

At home, you can use whatever pickle juice you have on hand (it’s easy to find pickled banana peppers at the store) and then serve it in a shot glass along with an oyster, or do it in the shell if you’re feeling fancy.

One of Wallace’s favorite things to do is toss leftover raw veggies into the pickle jar. This is great if you’ve chopped half an onion and don’t want to waste it. It also works great with pickled garlic, she said.

“Any ingredients that you have in your fridge, and you’re just like, ‘You know what? I don’t think I’m going to use it before the next recipe,’ toss it in the brine, it preserves it and it also makes it, I don’t know, just a little snack,” she added. “Because nobody else is going to just buy pickled garlic. That adds something to your cheese plate. That adds something to your salad.”

You could make classic pickleback shots, but why not get more creative and punch up your cocktails? Brine from tomato pickles adds a little something special to martinis while dill pickle brine adds a nice tanginess to a bloody mary.

“For bloody mary garnishes, I’ll take a jar of pickle juice and I’ll put the tomatoes in there and they pickle, and then I can use them on a bloody mary for a garnish or on a cheese plate and it’s great,” said Wallace about how she makes the drink at home. 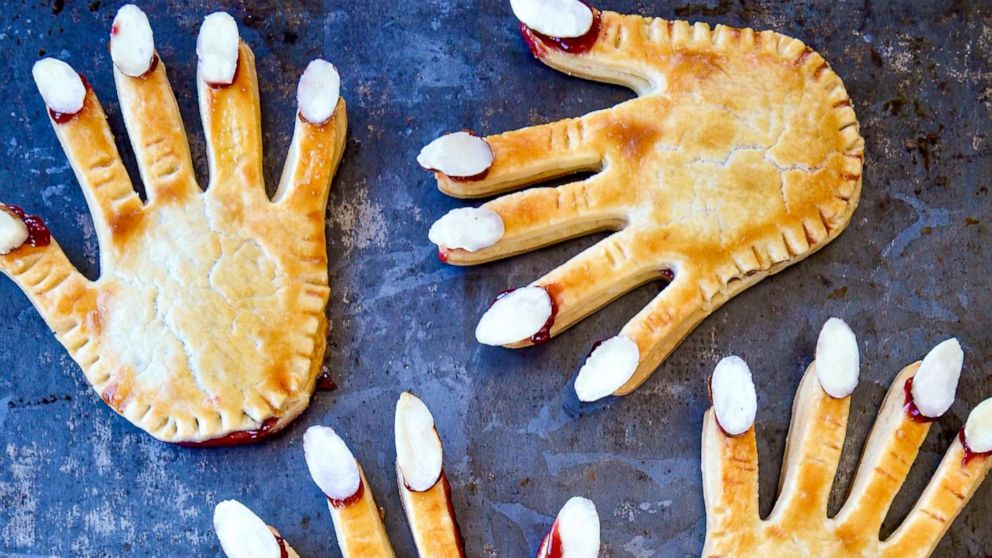 Festive and straightforward recipes to devour on Halloween

Scrumptious casseroles our grandmothers made

Business Casual
We use cookies on our website to give you the most relevant experience by remembering your preferences and repeat visits. By clicking “Accept All”, you consent to the use of ALL the cookies. However, you may visit "Cookie Settings" to provide a controlled consent.
Cookie SettingsAccept All
Manage consent