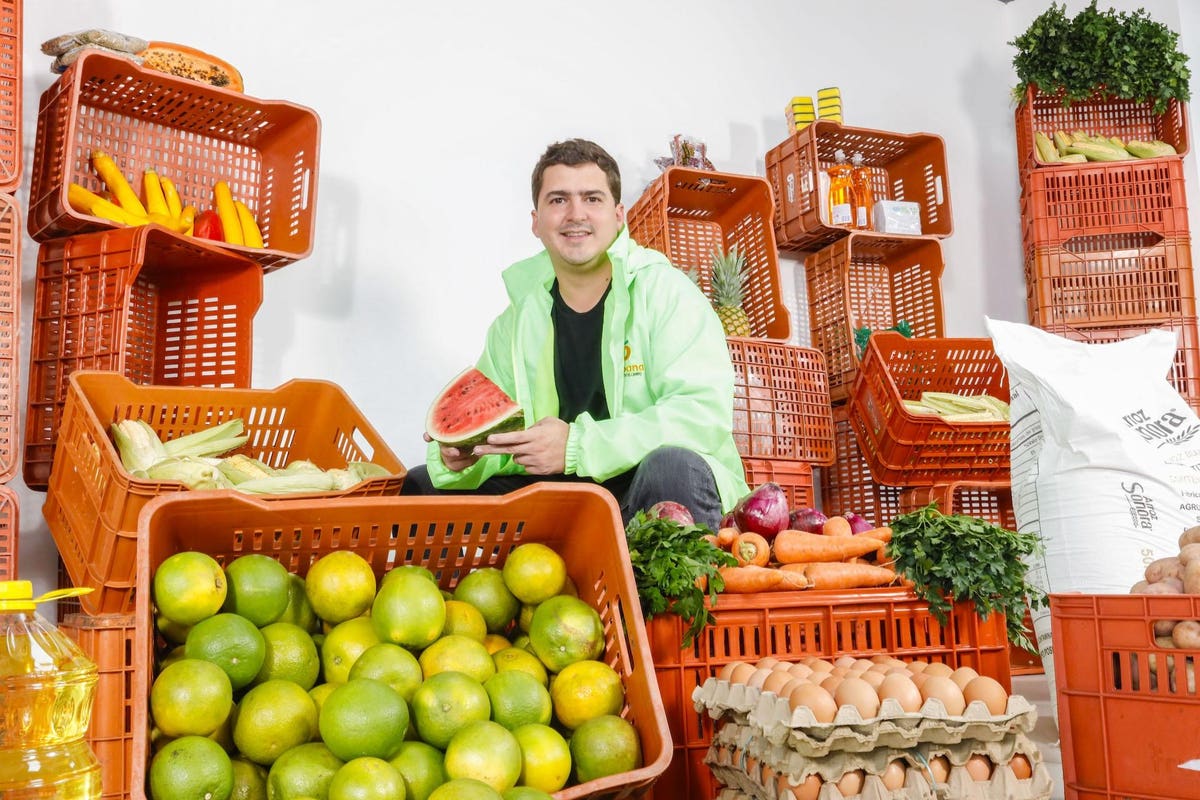 Fabián Gómez Gutiérrez knows the food supply chain market in Colombia from field to table. The former expansion leader at LatAm delivery unicorn Rappi also happens to be the son of a mango, lime and papaya farmer. While he was working with Rappi he noticed a pricing dynamic that gave him pause. He wondered why restaurants on Rappi were buying limes for $1 a kilogram when he knew his father was only getting paid 30 cents for the same amount. He realized that because of multiple middlemen in the supply chain, both growers and restaurants — 87{5057b528e2ec7fd6c3736aa134727341eae4fdf6dd188ded3c2a814c0866380c} of which in the region are independently owned — were being treated unfairly.

Gutiérrez thought there must be a way to shorten the journey between restaurants and growers, which could produce better prices for both sides, but it wasn’t going to be as simple as just moving the process online. The then-current system largely consisted of offline transactions with restaurants sourcing their products from multiple local markets that contained merchants selling from numerous small-scale farms. “At the beginning we tried to create an app for farmers to use and it was a big big failure,” Gutiérrez tells Forbes. Next he realized he could communicate with them over WhatsApp because many were already users of the service. Once the growers were in the system he was able to launch Frubana, a B2B marketplace for restaurants and retailers to buy directly from growers and manufacturers. The startup is now raising a $65 million Series B after continuing to grow during Covid-19.

The round was led by Hans Tung of GGV Capital with participation from existing investors including SoftBank, Tiger Global Management and Monashees, in addition to new backer Lightspeed Venture Partners. Tung has been an investor in the startup since its seed round in 2019 and says that Gutiérrez initially reminded him of Anthony Tan, the founder of Southeast Asia-based superapp Grab, because of his market savvy. Tung adds that he also sees a long runway ahead for the company. “Frubana is about making sure that the distribution of food and product to the restaurants is done as efficiently as possible,” Tung says. “What’s interesting about this is that what they are supplying to the restaurants could expand beyond food to more items over time. It’s very interesting to see what Frubana can become.”

When Covid-19 hit last year, restaurants were pummeled and Frubana was coming off of a year of 15x growth. Instead of scaling back, Gutiérrez says his company set a vision for where it wanted to be in 2030 and made a plan to get there. The startup didn’t cut its workforce, as so many restaurant tech companies did, but rather tripled the size of its technology team to help get more restaurants on the platform and to expand Frubana’s inventory. When the company launched, 90{5057b528e2ec7fd6c3736aa134727341eae4fdf6dd188ded3c2a814c0866380c} of its offerings were fruits and vegetables, but it expanded into other categories last year to make it more of a one-stop shop. Frubana was able to add on 6x the amount of restaurants and triple its sales. “Restaurants learned to use e-commerce and delivery platforms at home,” Gutiérrez says. “When they came back they were already a digital user. For us, it was easier to get them on board.”

The startup also helps to make the supply chain more sustainable by employing a fleet of gig economy truck drivers who pick up orders in bulk, which cuts down on excess pollution caused by having vendors all separately driving their products to markets. The startup currently operates in Mexico City, Bogotá and São Paulo with hopes to expand within those countries in the near future. Gutiérrez says that the company starts small in each new market by researching the most popular produce, concentrating on those products, and then gradually adding others once they gain traction. The startup also hopes to be able to offer working capital for its restaurant customers, similar to what Square has done for merchants with Square Capital. They are currently piloting that program and hope to be able to roll it out more by the end of the year.

“Frubana has done the best and gone the furthest,” Tung says about the food supply chain category in LatAm. “When there are new players looking at the region coming out of Europe or Asia they ask Frubana if there are ways to partner. We like their efficiency and we feel that there is an amazing future ahead of them.”

Business Trends
We use cookies on our website to give you the most relevant experience by remembering your preferences and repeat visits. By clicking “Accept All”, you consent to the use of ALL the cookies. However, you may visit "Cookie Settings" to provide a controlled consent.
Cookie SettingsAccept All
Manage consent