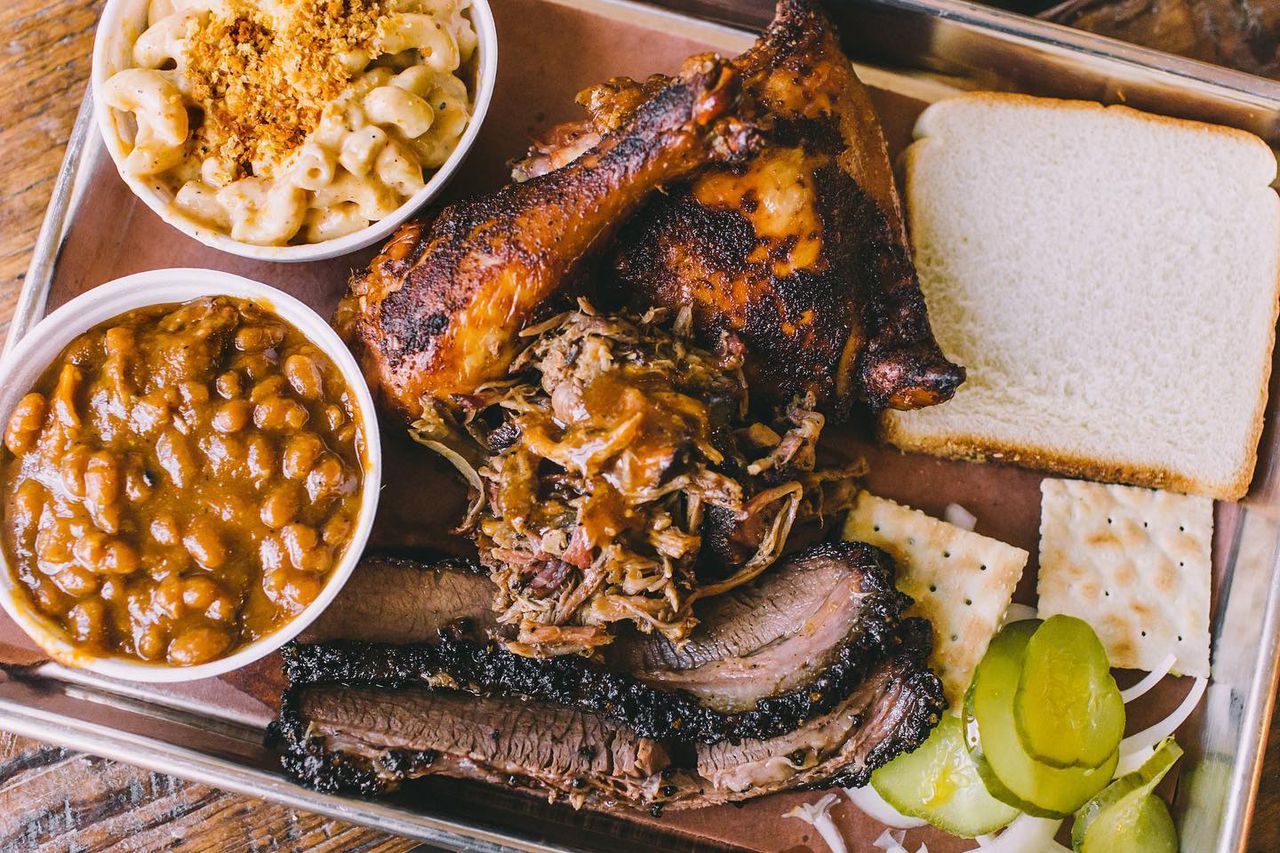 One of Southeast’s hottest barbecue restaurants expanding to Alabama

The best barbecue restaurant in New Orleans has picked Huntsville for its second ever location.

Blue Oak BBQ plans to open summer 2022 at MidCity, the multi-use development home to a mix of restaurants, retail and the upcoming Huntsville Amphitheater, a venue slated to open next spring.

The restaurant’s known for their ribs, pulled pork, brisket and smoked chicken wings.

Blue Oak has received coverage from media outlets including the “Today” show, Eater, Forbes, Washington Post, Playboy and Thrillist. In 2020, the restaurant was named “best barbecue” by local alt-weekly Gambit.

Blue Oak BBQ was founded by Philip Moseley and Ronnie Evans, New Orleans natives and friends since the fifth grade. Moseley says they made several road-trips to Huntsville during their decision making and planning process for a second location.

“Obviously, it’s growing rapidly,” Moseley says. He’s referring to Huntsville’s recent ascension to Alabama’s most populous city and the significant development that continues there. “But one of the biggest things that attracted us was the opportunity to bring something new and fresh to Huntsville. Also, so many people are so passionate about that city, it resembles the passion New Orleanians have about New Orleans.”

Classic pit barbecue is the root of what Blue Oak does. They use oak as their wood for smoking meats. But their food also draws from New Orleans cuisine, naturally, and central Texas influences.

“We’ve adapted a lot from places we’ve tried and look up to,” Moseley says, “and melted our own style from all that. I wouldn’t necessarily say we’re reinventing the wheel. But we’re certainly trying to reach that upper echelon of barbecue joints.” Of course, Huntsville’s a city with a rich legacy of innovation, particularly in aerospace, most famously a key role in NASA’s 1969 Apollo 11 program, which put man on the moon.

The Blue Oak at MidCity, address is 5909 University Drive, will be about 5,000-square-feet, and have a patio. In NOLA, the restaurant employs a staff of around 50 or so. Moseley anticipates Huntsville building up to about that same number.

Moseley and Evans had talked about opening a restaurant together as far as back as high school. After college, Evans worked at a barbecue restaurant in Vail, Colo. and eventually Moseley, who’s been working for a coffee importer in New Orleans, joined him. About a year later, they returned to New Orleans to take a shot at their own place.

They launched Blue Oak BBQ in 2012 as an embedded restaurant/long term pop-up at late-night bar Grits. Next, the moved operations to a music venue called Chickie Wah Wah. Finally, about five years ago they opened their brick-and-mortar.

Music’s a big part of Moseley and Evans’ connection. Expect the Huntsville Blue Oak BBQ sound system to play lots of classic NOLA jams by the likes of The Meters and Dr. John. They’re still working out the restaurant’s interior, but Moseley says they’ll “have some funky stuff in there.” Huntsville architect firm Matheny Goldmon, known for their work on the Von Braun Center Propst Arena and other major local projects, is designing the building.

Big wheels grind slow. So it’s not like Blue Oak BBQ decided to expand to Huntsville yesterday. But with the contagious Delta variant running wild in Alabama, opening a restaurant in 2021 is still opening a restaurant during a pandemic. That adds risk to one of the riskiest industries around. Moseley has been there before though. He believes Blue Oak’s experience hard-pivoting to to-go and drive-thru service in 2020 will serve them well if things go gonzo again.

“Barbecue is easily translatable to to-go boxes,” he says. “There’s always going to be obstacles in all of our lives, but when our backs are against the wall sometimes the best ideas stem from that. And there’s always a way around it to find the greener grass.”

According to Moseley, Blue Oak BBQ’s been plotting a second location almost since day one of opening their first. They considered another New Orleans spot. Maybe one in Baton Rouge. “We wanted to be careful in picking our second spot and a lot of factors go into that,” Moseley says. “So it means a lot to jump over to Huntsville for number two, for sure.”

Tasty Caribbean soul-food, served out of an Airstream trailer

The best seaside restaurants in America The most effective Mexican restaurant in each state

The most effective restaurant for American classics in your state