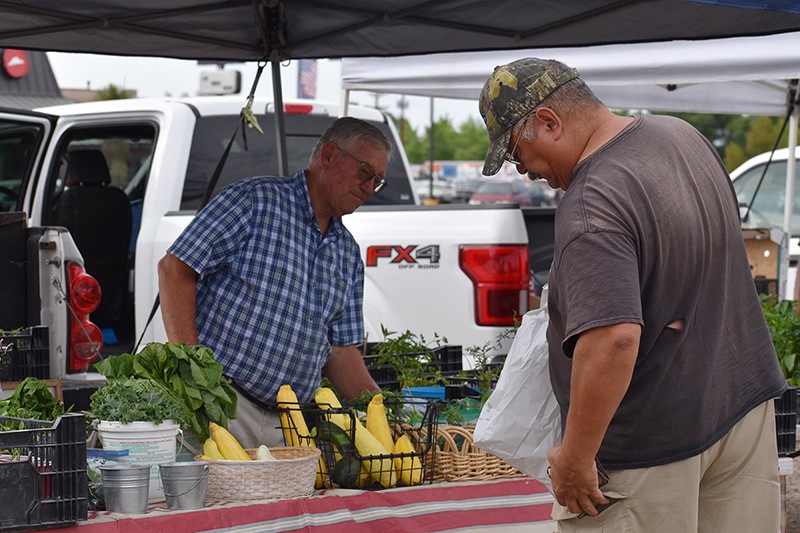 Communities are often built up around food, whether that be around a dinner table, roasting marshmallows around a campfire, making tamales with the family at Christmas time or at the local Farmers Markets.

“You start to develop a rapport with each other, and what’s really neat is when you’re packing up and don’t want to take stuff home, you say ‘Hey, want to trade?’ said Dan Brannan, who has been selling produce grown at his family farm at the Belen Farmers Market for four years. “Because it’s a community, you just exchange. It’s good, it’s fun.”

Makayla Grijalva | News-Bulletin photo
Dan Brannan and his son, Mike, have been selling produce from their garden, Ravenshire, at the Belen Farmer’s Market for four years. Dan said that the community surrounding the market is his favorite part.

Brannan owns Ravenshire LLC in Belen, and sells his fruits and vegetables exclusively at the Belen Farmers Market, which is held every Friday during the summer. He said when his parents bought the property in the early 1950s, it was “nothing more than jack rabbits and chamisa bush.”

“You could walk all the way to the mountains without seeing a soul,” Brannan said, adding there are now houses surrounding the property.

When Brannan was growing up on the farm, alfalfa was the farm’s only crop. Staying true to what the land was used for during the decades prior to his garden, he and his family still rent out 55 acres to local alfalfa farmers.

Brannan now focuses on the part of farming he enjoys, growing several types of produce, including chile, tomatoes, cantaloupe, kale and other staples using his “green thumb.”

“Basically, I put the seeds in the ground and I say ‘grow or die, I don’t care. That’s your problem,’” he said with a laugh. “They usually get afraid and they grow.”

He added that large amounts of water is the secret to growing a good crop in the New Mexico desert.

The Bosque Farms Growers Market is open every Saturday morning from June until October. Several local gardeners, like Francisca Ranger, brave the New Mexico sun and set up shop under the cottonwood-shaded area where the market resides.

Ranger and her husband have lived in Bosque Farms for 25 years and have been selling their produce at the market for about five years. 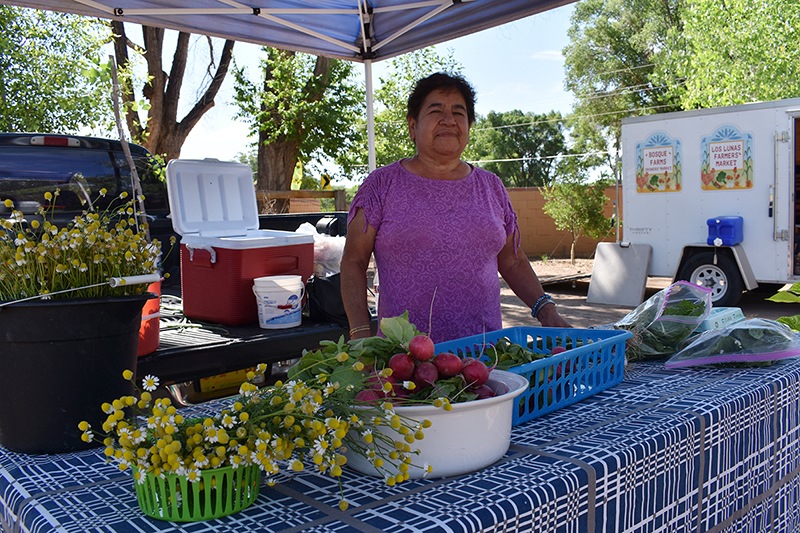 While she doesn’t feel comfortable speaking English, Ranger said her years working at a local hospital taught her how to understand it, and enjoys talking with people at the market week after week. (Her interview with the News-Bulletin was translated from Spanish.)

“It’s nice communicating with people (at the farmer’s market)” she said. “It’s my favorite part; I like it a lot.”

When she first began gardening, Ranger would give away all of her excess produce to friends and family. It wasn’t until more recently when she discovered the market and was welcomed into that community.

In the early months of the market, which usually opens by late spring, most of the vendors have yet to harvest produce and rely on selling their excess plants, but Ranger said her secret to an earlier harvest is to utilize planter boxes.

The Belen Farmers Market will be open for the season from 4-7 p.m. every Friday through Friday, Oct. 29, at Anna Becker Park, 315 N. Fourth St. Belen.

The Bosque Farms Growers Market is open for the season from 10 a.m. to 2 p.m. on Saturdays, at 1090 N. Bosque Loop, and will be open every Saturday until the last Saturday in October. To sell at the market, call 307-1891 or email [email protected]

The Los Lunas Farmers Market is open for the season from 4-7 p.m., Tuesdays, at the intersection of N.M. 6 and N.M. 47, the Valencia Y. The market will be open every Tuesday through the end of October.

The Tomé Farmers Market will open for the season from 3-7 p.m., Thursday, July 15, at 2933 N.M. 47. The market will be open every Thursday through at least the end of September, possibly longer depending on availability of produce.

In addition to the squash and onions as well as the tomatoes, okra and chile that she plans to sell later in the season, Ranger has one item no other vendor at the market has — fresh chamomile.

“A lot of people don’t believe that these weeds are medicine, but they are really great,” Ranger said, adding that the chamomile has several medicinal benefits, including helping with stomach aches, sleep and constipation.

The wild plant just grows in her yard, with the wind planting the new crop, so she doesn’t even need to worry about their maintenance. She sells a bunch of chamomile for one dollar.

The Los Lunas Farmer’s Market is located near the intersection of N.M. 47 and N.M. 6 every Tuesday afternoon during the summer. Jack Barkeneyer has been selling his fruits and vegetables from Bar Star Family Farms since the market’s inception.

“As long as Los Lunas has had a market, we’ve been here,” Barkeneyer said.

Makayla Grijalva | News-Bulletin photo
A visitor at the Los Lunas Farmers Market contemplates purchasing produce from one of the vendors. During the early weeks of the markets, most only sell plants, harvesting the most produce in mid to late July.

Although he began selling in Albuquerque in the early 1980s, Barkeneyer relocated his operation to Tomé in 1988.

“My grandfather always gardened, so I learned how to do a lot of this stuff with him,” Barkeneyer said. “A lot of it is trial and error still — every year it’s a little different.”

Like his grandfather taught him, he similarly is passing on his craft to his grandchildren, ages 8, 10 and 12, who have “been gardening since they learned how to walk.”

They operate their own garden under the Bar Star umbrella in Socorro.

Barkenyer said he reminds people wanting to buy fresh fruits and vegetables from the local markets to be patient since most venders don’t harvest enough crop to sell until mid to late July.

Those receiving EBT from the state to purchase food can also use the funds to buy fresh produce at the farmers markets utilizing the state’s double up food bucks program.

7 Frozen Fruits You Should Always Have on Hand, According to Chefs 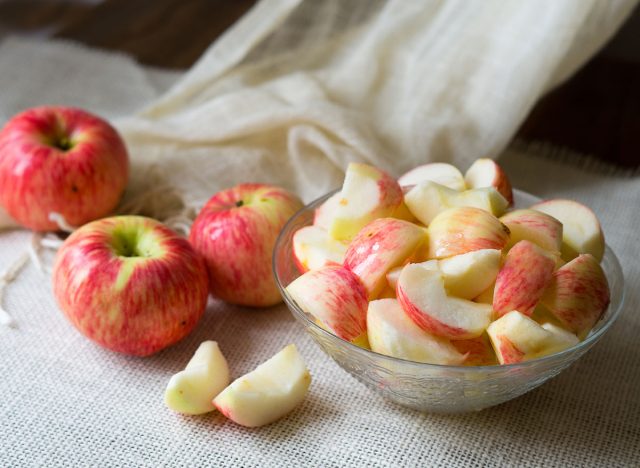 The Best Fruits to Shrink Belly Fat, Says Science — Eat This Not That 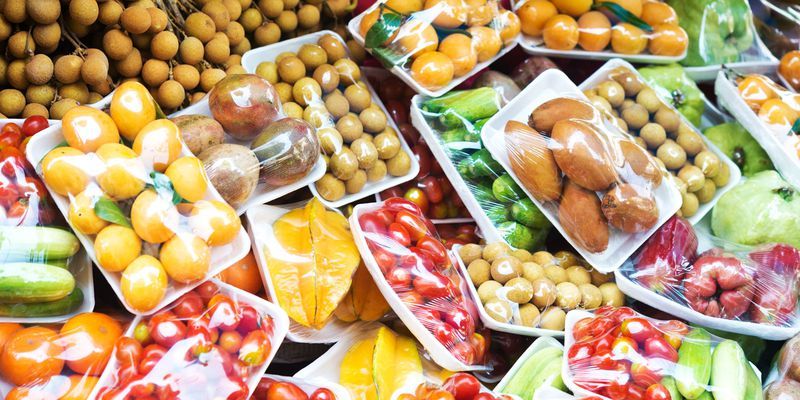 Bloombergs
We use cookies on our website to give you the most relevant experience by remembering your preferences and repeat visits. By clicking “Accept All”, you consent to the use of ALL the cookies. However, you may visit "Cookie Settings" to provide a controlled consent.
Cookie SettingsAccept All
Manage consent