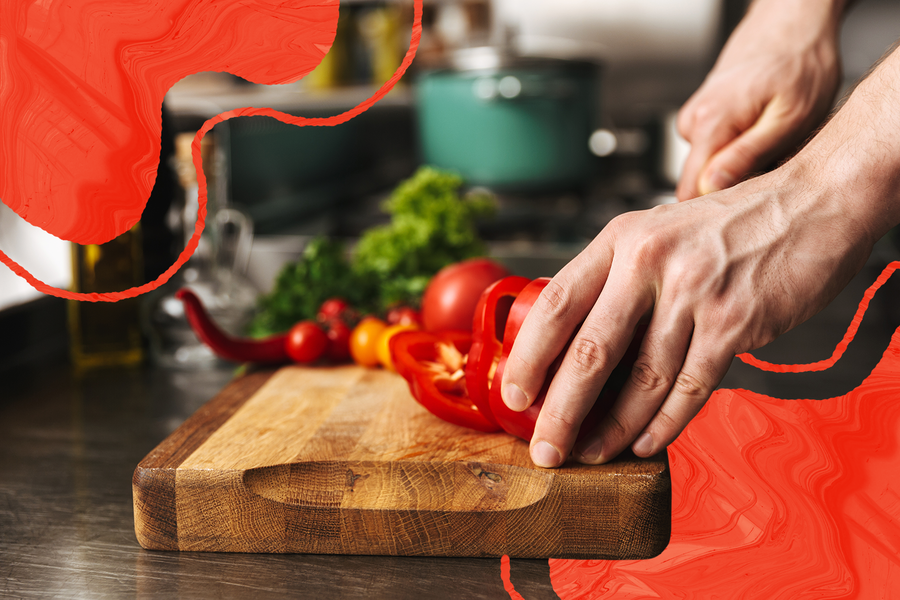 How to Meal Prep Like a Real Home Cook

Meal planning tips and basics to save you $$.

Editor’s Note: You can count on Thrillist for real, practical advice — which is why we created the No B.S. Guides with Straight Talk Wireless. Whether you’re diving into meal prep or switching your wireless carrier, we’ve curated the straightforward advice you need to make the best decision for your schedule and wallet.

Scrolling through #mealprep tags on any social media platform will conjure up endless images of perfectly portioned and plated meals, some of which are slightly too picturesque to be believed. It’s easy to think of these as the end goal of preparing your breakfasts, lunches, or dinners in advance. However, meal prepping isn’t supposed to be about pictures. When done correctly, it can cut down on time spent cooking, give you tasty meals for less, and help you eat healthier. Plus, it’s a lot more straightforward than meal-fluencers make it seem, and will save you money on groceries. Here’s how to make it happen:

Focus on prep, rather than full meals

Meal prep means different things to different people. For some, it means stocking a freezer with a month’s worth of meals — whereas it may be much more attainable to just get ingredients ready for cooking. Approach the latter sous-chef style, by washing and chopping veggies as you put away groceries or cooking a sauce you’ll use throughout the week on Sunday. When you’re beginning your meal prep journey, simple shortcuts can help keep you on track throughout the week.

Trying to change your diet isn’t necessary. Meal prep celebs may be breaking out the calculators to make sure they’re getting enough of every single vitamin and mineral out there, but as long as you’re mixing up your recipes and getting enough protein, don’t plan to totally shift your diet and start your meal prep journey at the same time. Too often, ambitious meal preppers will create a huge batch of healthy foods for the week, only to end up not eating it. Instead, start by prepping recipes you already cook, so you’re only making one lifestyle change at a time.

Learn the rules of freezing

Meal prepping often entails buying ingredients in bulk. Whether you’re storing these separately or freezing entire meals to make them last longer, you’ll need to learn what will keep well in the freezer and what is better left in your fridge. Foods like leafy greens, eggs, and other fresh vegetables will lose a ton of flavor in freezing, and foods that oxidize easily, like avocados, will continue to do so in your freezer. Most dairy items have a tendency to separate out in the freezer, too. Stocks, sauces, soups, and individual cooked proteins can all freeze well, though. Just label everything with what it is and when it was frozen, because no matter how organized you are, you won’t be able to tell if it’s chicken or veggie stock once it’s frozen otherwise.

Meal prepping isn’t the only change you can make to save some extra time and cash: your wireless bill deserves a little scrutiny, too. These contracts can have lots of mystery fees on top of the advertised monthly cost. So, instead of sticking with one of the big carriers that lock you in for a year or more, switch to a low-cost option like Straight Talk to help keep more money in your bank account every month. Their unlimited plans start at $35/month* and you can take advantage of the same networks as the bigger guys, for less — just like how meal prep can help you save money too.

*First 5GB at high speeds, then at 2G

Start with just one or two meals

Nobody likes giving themselves a big homework assignment. Instead of starting your prep journey by bulk-buying food and cooking up a week’s worth of meals in advance, start with something manageable, like one or two weeknight meals. This will give you some time to adjust your routine to figure out how much prep time you need, while limiting the amount of food you end up throwing away. Once you’ve gotten in the habit of making a few meals at a time, you can start to scale up from there.

Mix up your recipes

It’s easy to get obsessed with a new recipe, cook it on repeat, and then have too much left over once you get sick of it. Plan how you’ll mix up your meals in advance, instead. If you’re only packing lunches for the week, 2 or 3 different options should be plenty, but you’ll need to scale up if you’re adding in more meals. Finding that variety is actually the easy part: just scour the internet on your phone and save some recipes that catch your eye for later, rather than scrolling social media.

The hard part of meal prep is actually in the organization, so it’s time to show off your Type-A side. Before you even break out a chef’s knife, you’ll need to plan out what you’ll eat and when — including when you’ll have time to cook — then make a shopping list based on that. (Yes, you might want to block off some of these times on your calendar!) If you’re not sure where to start, there are plenty of schedule templates to try out. The good news is how much time you’ll save on the other end of all this: without needing to worry about lunches for the week (or dinners, if that’s your move), you’ll get that time back to spend on something else.

Remember: your food is meant to be eaten, not photographed. Meal prep is supposed to save you time, so don’t spend your days tracking down the perfect Instagram-friendly bento boxes. Avoid wasting mental energy worrying about having garnishes and brightly colored lunches, too — if your favorite meal is all beige, it can still taste just as good. 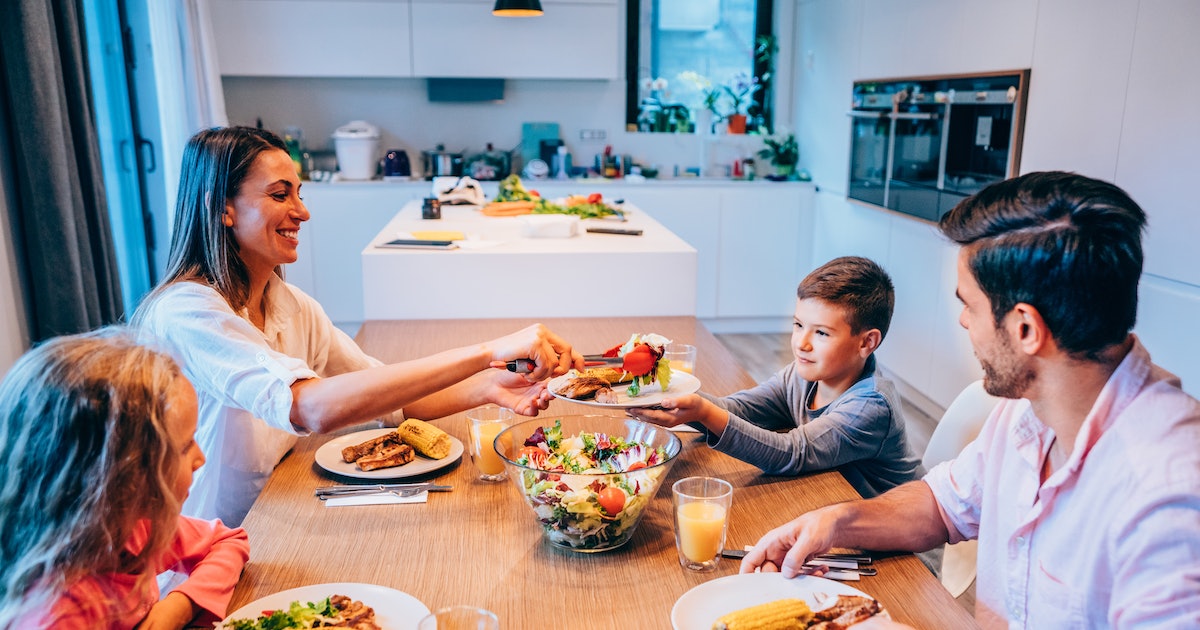 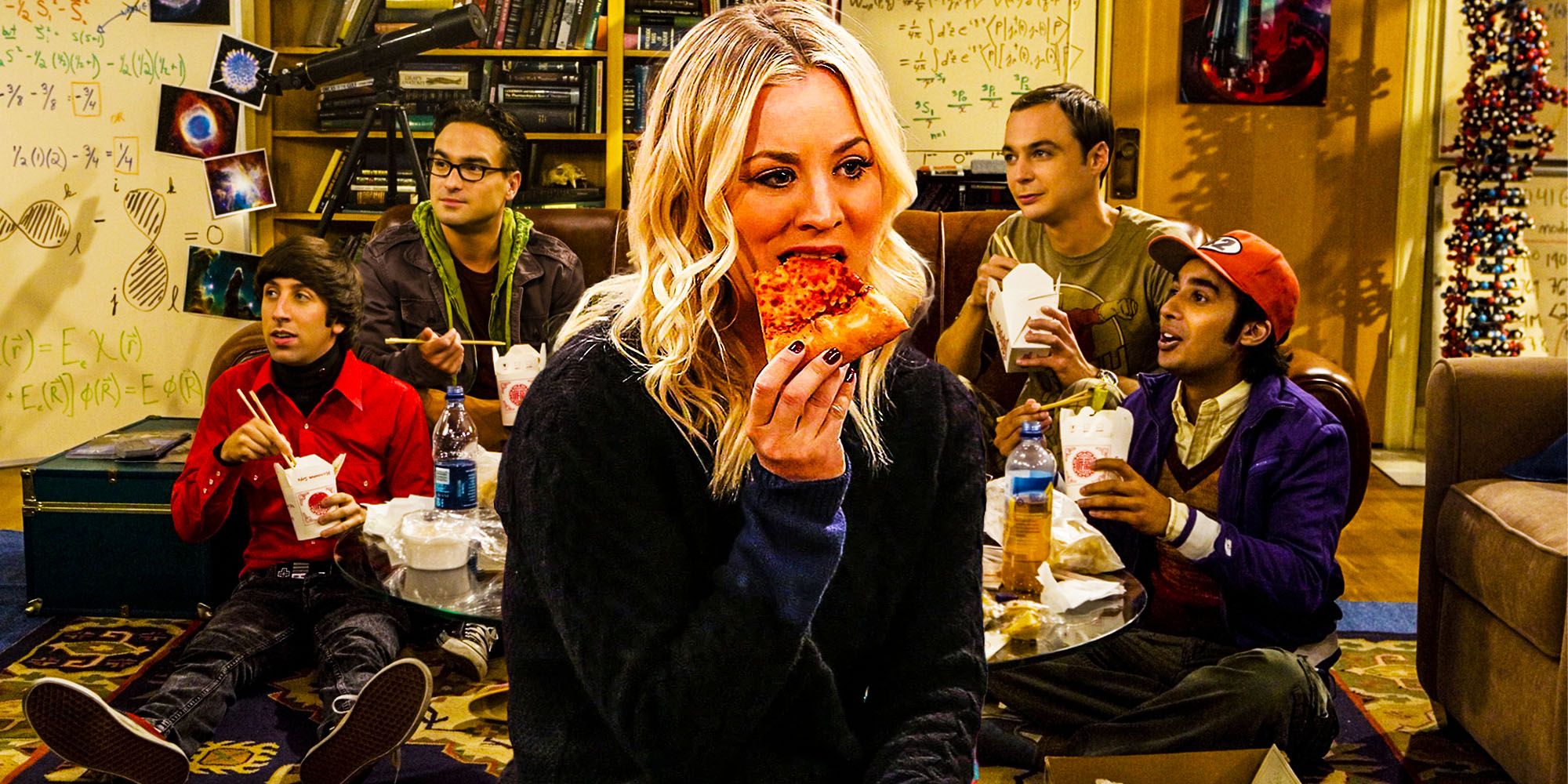 The Huge Bang Idea: Why They’re At all times Pretend Consuming 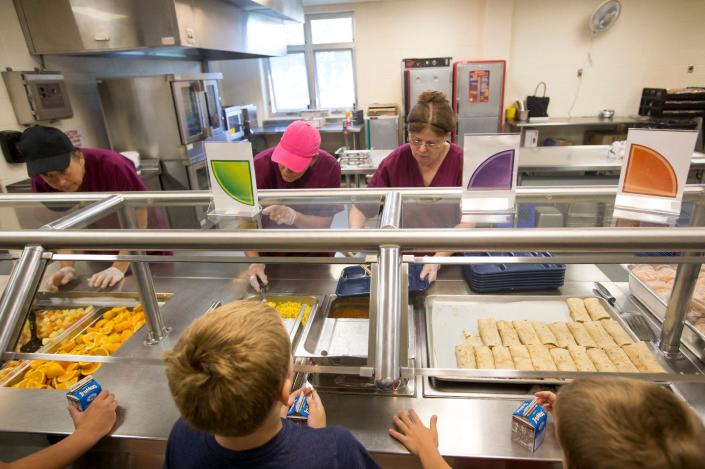 Free faculty meals are coming to an finish in some faculty districts. This is what to know.