He cracked the Zombie code. Now he has his own Zombie rum

It took Jeff “Beachbum” Berry over a decade to track down the original recipe for the Zombie. The faux-tropical drink was created in 1934 by Ernest Gantt, who founded the world’s first tiki bar, Don the Beachcomber, in Los Angeles. Later, he legally renamed himself Donn Beach.

A potent mix of three rums, lime, and grapefruit juices, as well as assorted syrups and bitters – nine ingredients in all (recipe below) – the Zombie was a closely guarded secret. Beach famously encoded the bottles at his bar so employees couldn’t give away confidential combination. In 2005, the code was cracked when a notebook containing the recipe was found in the pocket of an old shirt owned by Dick Santiago, headwaiter at Don the Beachcomber. Santiago’s daughter relayed it to Berry, who published the recipe in his 2007 book, “Beachbum Berry’s Sippin’ Safari.”


Like many tiki drinks, even with the recipe, the Zombie remains a challenging drink to master.

“People will try different recipes at home and then say, ‘Why didn’t the Zombie come out as well as it could, or should?'” says Berry. He personally sampled a lot of “godawful” versions in the 1980s and ’90s that tasted like “Hawaiian Punch with a lot of rum in it.” It left him wondering why the drink had once enjoyed such popularity – until he pieced together the original recipe.

His solution: Hamilton Rum’s Beachbum Berry’s Zombie Blend, which combines three carefully sourced rums in one bottle. Expected to be commercially available in early July, it features Berry’s own zombified mug on the label. It was created with an eye toward home bartenders who might be stymied by sourcing multiple bottles, but it might also help busy bars seeking a shortcut in order to measure and pour one rum, instead of three.

Each rum in a tropical drink contributes something specific, a secret Donn Beach knew well. In his classic Zombie, aged Jamaican rum offers fruit and funk, overproof Demerara rum gives bold brown sugar tones and a wallop of alcohol, and the neutral canvas of gold Puerto Rican rum ties it all together in a 1.5-1-1.5 ratio, respectively. In total, Beach’s version called for a whopping 4 ounces of alcohol – one reason it was one of the most popular drinks of the 1930s.

“After Prohibition [ended in December 1933], it was like a punch in the face to the Anti-Saloon League,” Berry explains. “It’s such a strong drink, Donn would serve only two to a customer. That added added to the mystique.”

The Zombie Rum concept first came about in 2019, at the tail end of the annual Tales of the Cocktail conference in New Orleans, when Ed Hamilton, proprietor of Hamilton Rum, settled in at Berry’s bar, Latitude 29, and asked him what he needed.

As Berry recalls, he motioned to a bartender preparing a round of Zombies, the second most popular drink on the menu, and said: “Nobody’s done a Zombie rum blend.”

Spirits aren’t typically combined and bottled with a single cocktail in mind, but another tiki icon, “Trader Vic” Bergeron, provided a template. “In the 1980s, Trader Vic had a Navy Grog rum and a Mai Tai rum, so you didn’t have to go out and buy a bunch of rums. You could just buy the bottle,” Berry says. “I thought it was genius, and nobody was doing it.”

The two workshopped the Zombie blend during the pandemic, with Hamilton sourcing and mixing distillates and sending them to Berry for tasting and feedback, a process repeated multiple times. “We traded back and forth until we found a blend we liked,” Berry says.

The final mix incorporates eight different distillates: A blend of Jamaican rums of various ages, sourced from Worthy Park; a blend of at least three older Guyana rums aged two to five years, sourced from Demerara Distillers; and a relatively light, column-stilled Trinidad rum standing in for the Puerto Rican component. (“Before 1960, Puerto Rican rums had more character than they do today,” Hamilton says of that switch.)

Berry describes the liquid as possessing “the smoke and charred wood” of a Demerara rum, with “fruitiness, molasses-y-ness” contributed by Jamaican rum, and the milder Trinidad rum serving to “cut the intensity” and smooth it all out. The end result is complex, yielding “teasingly elusive layers of flavors” that serve to elevate the Zombie, much as it did in Donn Beach’s day. By collapsing together three rums into one ingredient, for cocktail enthusiasts “it’s like control-freaking their drinks at home.”

“Of course, it can’t be just a one-trick pony,” Berry says, noting that the blend also works in drinks such as the Jet Pilot (“it’s a Zombie without the grenadine”), the Cobra’s Fang, and the Tortuga.

Looking ahead, Berry and Hamilton already are collaborating on a Navy Grog rum, an overproof blend to fill out another Beachcomber drink – this one a 1941 concoction made with lime and grapefruit juices, honey syrup, and soda water, traditionally served with shaved ice shaped into a cone. The Navy Grog blend is expected to be available later this year.

However, this is as close as tropical drink fans will get to convenience. Don’t expect to find a canned or bottled ready-to-drink Zombie on the shelf. Berry considered it, but decided that a tiki drink without fresh lime is unthinkable.

“I’m not going to destroy what makes the drink great by putting it all together. It would need preservatives and God knows what for shelf stability,” Berry says. “You have to draw the line somewhere.”

By Don the Beachcomber, circa 1934. “We found this in the 1937 notebook of Beachcomber’s waiter Dick Santiago, who had marked the recipe ‘old,’ ” Berry says. This recipe appears in Beachbum Berry Remixed (2010).

Put everything into a blender. Blend at high speed for no more than 5 seconds. Pour into a chimney glass. Add ice cubes to fill. Garnish with a mint sprig.

Don’s mix: 2 parts white grapefruit juice to 1 part cinnamon-infused sugar syrup. To make syrup, combine 1 cup each of water and granulated sugar with 3 cinnamon sticks in a saucepan. Bring to a boil, stirring until sugar dissolves. Cool and strain before using.

Blend everything at high speed for no more than 5 seconds. Pour into a tall glass. Add ice to fill. Garnish with a mint sprig. 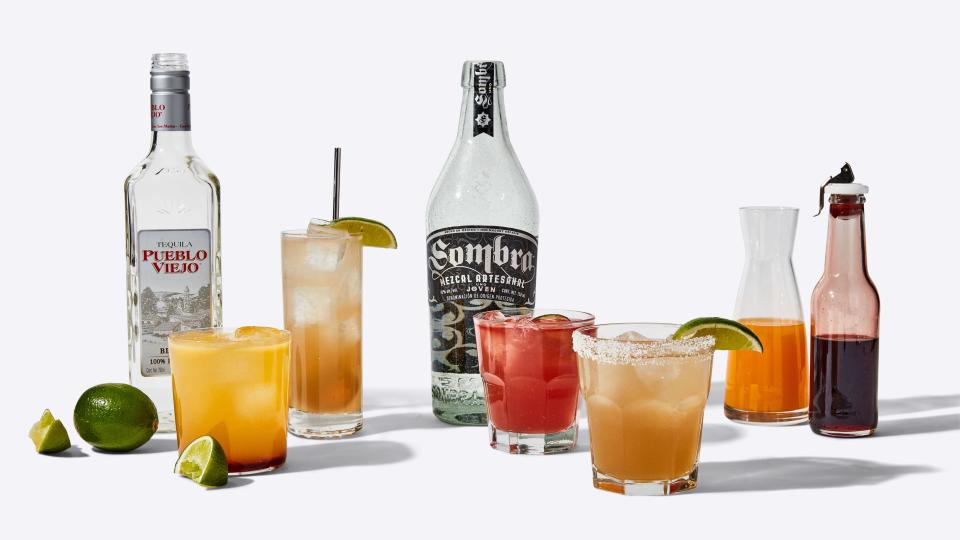 The Greatest Margarita Recipe Is the One Personalized to Your Tastes

The Recipe Gals: Recipes for picnics and cookouts, plus a drink to strive | Information, Sports activities, Jobs 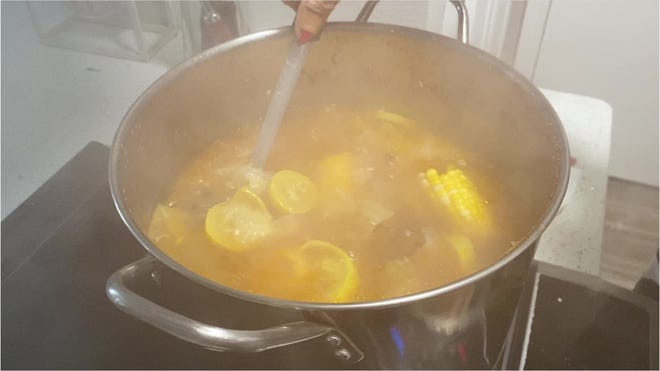 Keep heat by the winter months with these scrumptious soup recipes.

Best Fashion Schools In The Us
We use cookies on our website to give you the most relevant experience by remembering your preferences and repeat visits. By clicking “Accept All”, you consent to the use of ALL the cookies. However, you may visit "Cookie Settings" to provide a controlled consent.
Cookie SettingsAccept All
Manage consent