“I temporarily relocated to L.A. about thirteen years ago to do a TV show,” he recalls, “and ended up really liking it. And it didn’t hurt that I met my wife here. But L.A. has been a place of so many beginnings for me – it’s where I started my family, where I opened my first restaurant. There’s always this sense of possibility and opportunity here.”


Stone’s two restaurants in the City of Angels are in Beverly Hills and Hollywood. “I opened Maude in 2014 as my first solo restaurant,” Stone reminisces. “Then, in 2016, I opened Gwen Butcher Shop & Restaurant in Hollywood with my brother Luke, which showcases fire-based cooking techniques and responsibly-sourced proteins and produce.”


Stone also continues to do television in Los Angeles and beyond, currently starring in “Crime Scene Kitchen” on Fox. He’s also now the father of two sons, and he and his brother opened a new restaurant called Georgie in Dallas. So his free time is definitely limited, but Stone and his wife, actress Lindsay Price, still find time to go out and eat in Los Angeles.

We asked him for his favorite spots to grab a bite and he gave us an eclectic mix of eateries.


Located in a strip mall at 6660 Sunset Boulevard just east of Highland, Luv2eat Thai Bistro is tucked away and hard to notice when driving by. But chef Stone loves that it’s just steps from Gwen, his butcher shop and fine restaurant.

“Pla and Fern [the chef/owners] at Luv2eat are absolute gems, and this is my go-to lunch spot when I want to sneak away from Gwen down the street for a quick bite,” Stone reveals.

“They’re in the process of opening an express location almost next door to Luv2eat Thai, and it will feature a slightly different menu. They also opened Noree Thai on Beverly a couple of years ago. The menu is slightly different, a little more composed – and more importantly, a little further west (at Beverly and Fairfax) for people too far from East Hollywood but still wanting to get great Thai food.”

The Cheese Store of Beverly Hills


Stone loves cheese and so do his kids, and the fact that The Cheese Store of Beverly Hills is right up the street from his restaurant Maude (on Beverly Drive) means he always stops in to consult with Norbert Wabnig, who has owned the shop since 1978 (it opened in 1967), over the latest great cheese.

“Whenever we have meetings at Maude, I’m always going in and out of The Cheese Store of Beverly Hills. Norbert Wabnig is a cheese guru and is constantly introducing me to new cheeses from all around the globe,” Stone confesses. “I inevitably end up walking out with an armful of other snacks for the boys at home.”

The store also offers caviar, charcuterie, wine and other goodies.


Pizza is a staple for a family with young kids and chef Stone recommends Pizzana on San Vicente Boulevard in Brentwood, because the dough is crafted by a Neapolitan transplant to SoCal.

“Pizzana continues to be a mainstay for Linds and me. Pizzaiolo Daniele Uditi is a master with dough and co-owner Candace Nelson is a good friend of ours. We like to pop in for dinner with the kids or take a few pies to go to enjoy at home with a movie,” Stone says.


Bestia is the award-winning Italian eatery on 7th Place in Downtown Los Angeles, one of the leaders in revitalizing DTLA when it opened in 2012. Chef Stone is planning to open his third L.A. eatery there in 2022.

“I’ve been spending more time in Downtown L.A. as we plan for our restaurant at the Trust Building, which has been a great excuse for me to eat at Bestia,” he explains. “Chefs Ori and Genevieve are forces in the L.A. culinary landscape and have brought so much life and energy to the Downtown and the Arts District. I’m honored to be joining the larger neighborhood they’ve helped transform.”


© Fia Retaurant
The garden at Fia Restaurant in Santa Monica


Sometimes, it’s good to go visit an old friend – and another ex-pat who now calls Los Angeles home and happens to also be a world-class chef. At Fia Restaurant on Wilshire Boulevard in Santa Monica, Curtis Stone finds just that.

“Fia is another favorite for a couple of reasons. Firstly, my longtime friend and former colleague Brendan Collins is the chef. We’ve known each other since our early days in the kitchen for Marco Pierre White back in London. He’s a beast in the kitchen, and consistently pumps out great food. Secondly, it has a gorgeous garden courtyard for dining, which is nice for a date night out,” Stone adds.


Chef Stone’s final pick is the most unassuming place on his list of favorites. Sushi Park sits on the second floor of a strip mall in West Hollywood, sandwiched in a corner curve near a fake eyelash joint.

But looks can be deceiving and, in this case, this is one of the city’s best places to eat top-notch sushi. You’ll know that by the sign on the front door, that says “No takeout! No salad! No teriyaki/tempura! No trendy sushi! No California roll! No spicy tuna roll! We serve only traditional sushi. Sushi bar is chef’s choice only.”

Stone expands on that sign: “When you’re up for an omakase and ready to splurge, we love Sushi Park. You’re not going to be getting any California or spicy tuna rolls, because it’s all about the highest quality fish out there without any of the noise. This is one where we get the kids a sitter and they stay at home!”

Expect to pay $200 for your omakase in this tiny hole in the wall.

10Best is a part of the USA TODAY Network, providing an authentically local point of view on destinations around the world, in addition to travel and lifestyle advice. 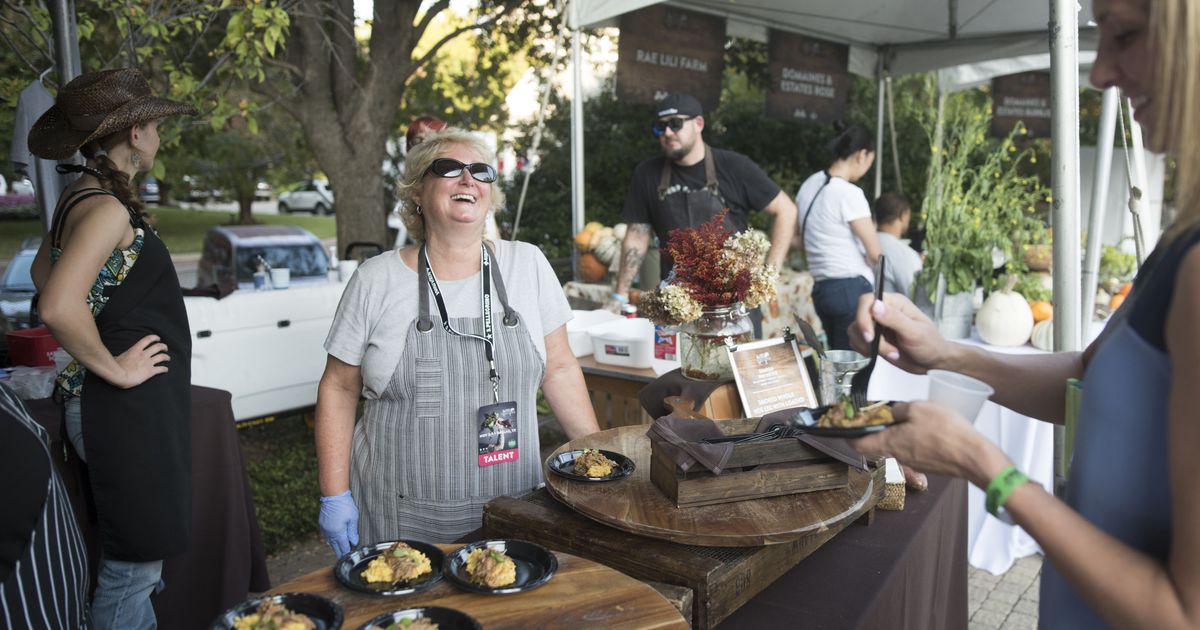 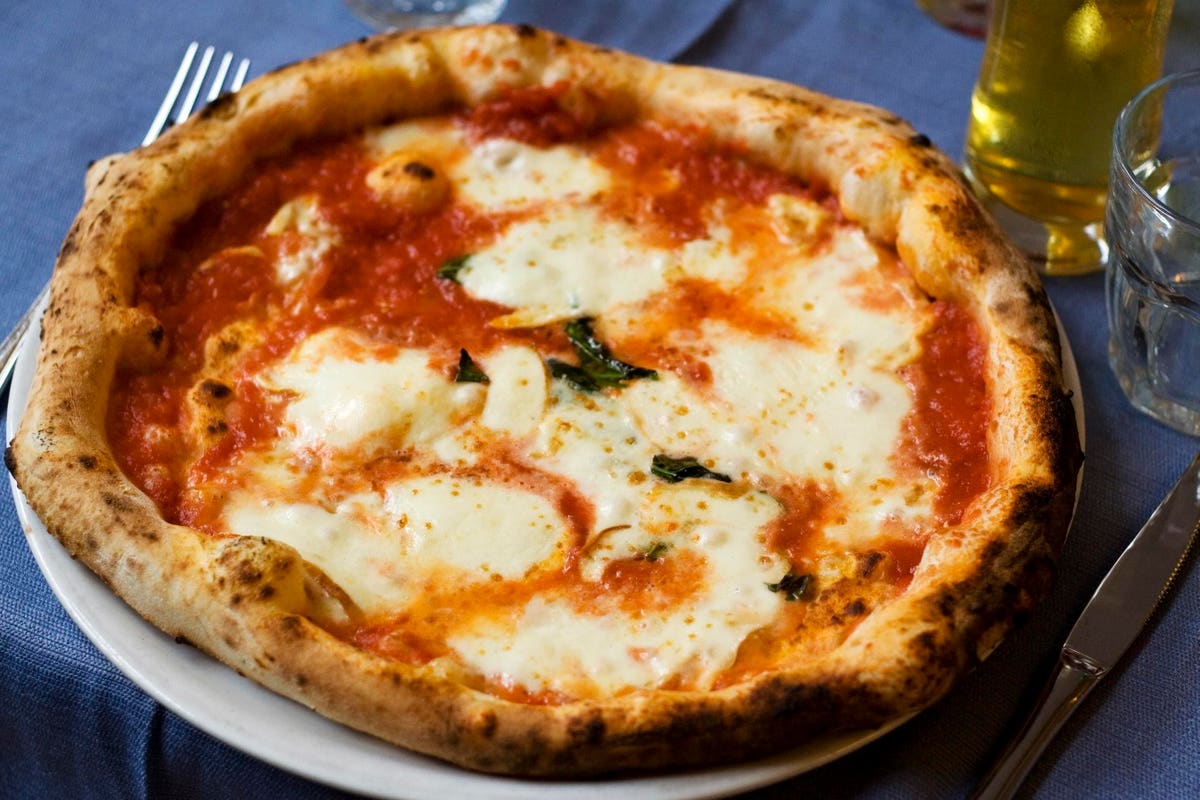