Are you heading for a stroke? The quiet signs you need to listen to

Most of us are familiar with the immediate signs of a stroke, but new research published in the Journal of Neurology Neurosurgery & Psychiatry suggests that the warning signs could appear long before it actually happens. In a study of almost 15,000 participants, researchers in the Netherlands found that stroke sufferers show certain signs of cognitive decline up to 10 years before they are taken ill.

After a stroke, it is common for sufferers to experience physiological changes that cause a decline in cognitive skills and make it tricky to carry out routine tasks. Participants in the study were assessed on their cognitive ability, and manual tasks such as washing and dressing, for an average of 12.5 years to identify when these changes started. The research found that stroke patients experienced far steeper declines in cognitive abilities and routine daily functioning, starting about a decade before their first stroke, than those who did not have a stroke. Women, carriers of the APOE gene associated with Alzheimer’s disease and those with fewer academic qualifications appear to be most at risk.

Sadly, strokes continue to be common; it is estimated that someone in the UK has one every three minutes and 27 seconds. But, previous research published in the Lancet found that strokes are up to 90 per cent preventable. So what are some of the other warning signs to look out for?

According to Stroke UK, high blood pressure, or hypertension, contributes to around half of all strokes, making it the single biggest risk factor. Peter Rothwell, professor of neurology and director of the Stroke Prevention Research Unit at the University of Oxford, explains that ischaemic strokes – which account for around 87 per cent of all strokes – are caused by a narrowing of the arteries in the neck, and the brain, related to hypertension.

“Hypertension also affects the heart and causes atrial fibrillation. This can lead to blood clots forming in the heart, which is a very powerful cause of strokes,” he adds. The best way to check for atrial fibrillation is to monitor your pulse; it’s normal for occasional beats to be irregular, but if it is continually inconsistent then let your GP know.

You can have your blood pressure checked at a pharmacy, or measure it yourself using a blood pressure monitor. If you are consistently getting readings over 140/90, it is important to let your GP know. For most people, simple lifestyle changes, and sometimes medications, are enough to lower the reading.

Sometimes, people who experience a stroke will have a series of transient ischaemic attacks (TIAs) before, which cause the same warning signs as a stroke. “They are a sudden onset of neurological symptoms, caused by a small clot that blocks the blood vessel. Rather than getting some tingling in your hand that progresses over a few hours, it will come on suddenly,” says Prof Rothwell. The symptoms are very similar to that of a stroke; you might have numbness down one side of your leg, weakness on one side of your face, or loss of speech or vision in one eye.

After a TIA, the blood clot either dissolves by itself, or the brain has adapted to not be damaged by the blockage, explains Prof Rothwell. However, TIAs put you at a high risk of having a more severe stroke over the next few days, so it’s important to seek medical help if this has happened.

Blood thinning drugs, such as Aspirin, help to prevent, or reduce, blood clots. If you aren’t sure whether you experienced a TIA, Prof Rothwell recommends taking an aspirin anyway. “If it’s not a TIA, then nothing is lost. If it is, it can have a dramatic effect on the risk of a stroke,” he says.

Having high cholesterol puts you at a greater risk of both heart attacks and strokes. This is down to a buildup of fatty deposits in your blood vessels, which make it difficult for blood to flow through your arteries and can break off to form a dangerous clot. If you have a history of early heart disease or stroke in your family, it’s worth taking a one-off blood test to check if you have abnormally high cholesterol levels.

However, lifestyle factors such as eating a poor diet, being obese, or not doing enough exercise can also raise your chances of having bad cholesterol.

Although you can take preventative measures to reduce your risk of having a stroke, your family history also plays a part. A 2003 study by London’s St. George’s Hospital Medical School found that stroke patients who were 65 or younger were almost three times as likely as non-stroke patients to have a parent or sibling who had an early stroke or heart attack.

“It [family history] is more of a risk factor for having a stroke at a younger age; your risk is probably double the average if you have a sibling or parent who had a stroke, particularly if they had one when they were young,” says Prof Rothwell. Generally, your chances of having a stroke increase as you get older, with the risk doubling every decade after age 55.

Unhealthy lifestyle habits, such as smoking, heavy drinking, a diet that is high in salt and fat, and a lack of exercise, mean you could be heading for a stroke later down the line. According to The Stroke Association, smoking makes you twice as likely to die if you have a stroke. If you smoke 20 cigarettes a day, you are six times more likely to have a stroke compared to a non-smoker.

Meanwhile, a poor diet may lead to an increase in your blood pressure and cholesterol levels. A US study published in the journal Neurology found that the average of someone suffering a stroke fell from 71 years in 1993/4 to 69 years in 2005. The researchers put this decrease down to poor diets. To stay healthy, the NHS recommends a low-fat, high-fibre diet, which includes plenty of fresh fruit, vegetables and wholegrains.

You can use a stroke risk calculator to work out if you are at risk. It takes into account your age, blood pressure, cholesterol levels and family history to calculate your stroke risk over the next 10 years. 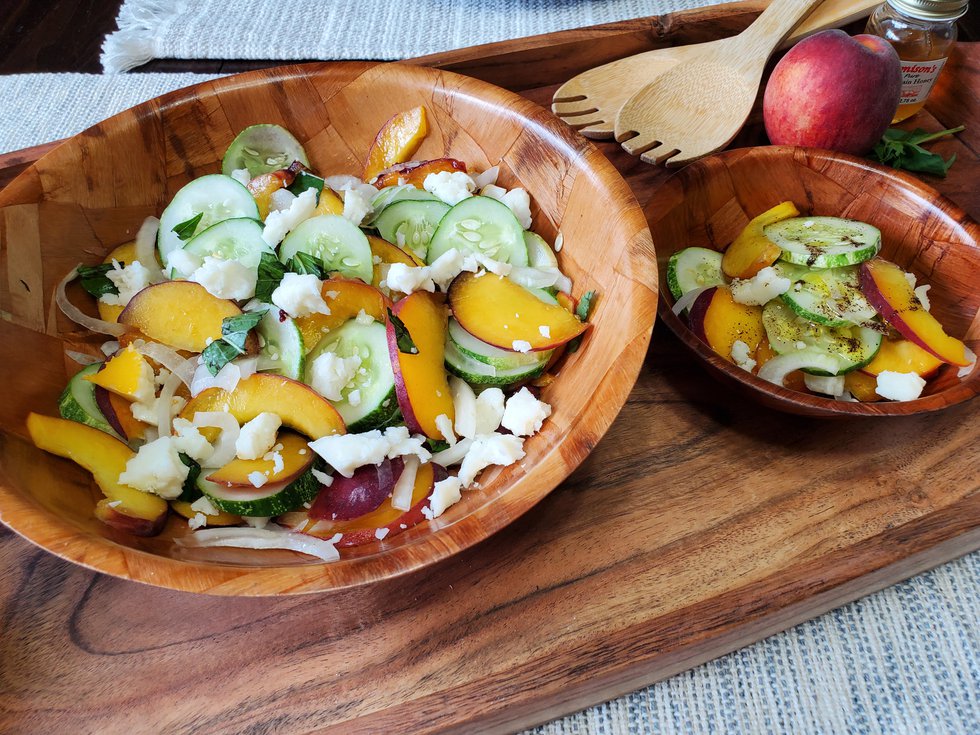 Summer salad made with ingredients from Jamison’s Farm Market 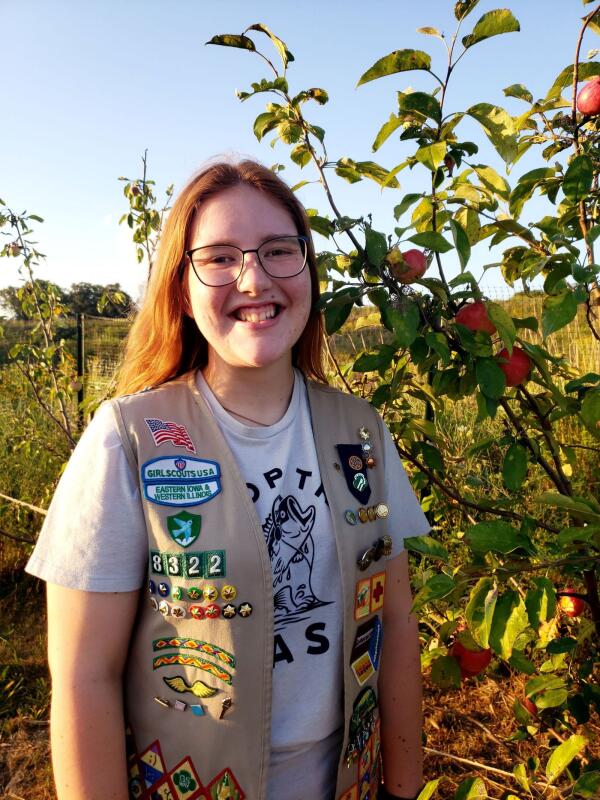 Good Food for All launches in Wichita with Kansas Food Bank 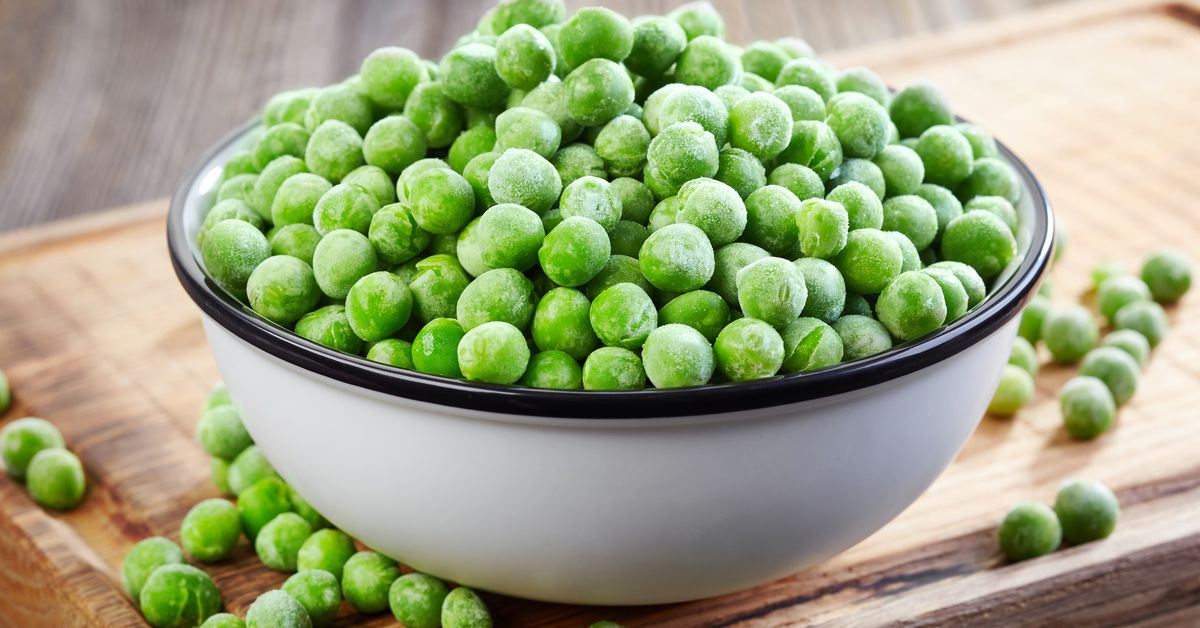 Frozen fruit and veggies are filled with taste and vitamins