© Provided by The Points Guy

Attention sports fans: Your flight to the next big game might become easier.

Airlines are increasingly courting sports fans with limited-time scheduled flights that provide transportation to away games.

A recent example comes from Sun Country. The Minneapolis-based carrier is adding flights for two upcoming rivalry games between the NFL’s Minnesota Vikings and the Green Bay Packers this fall and winter. These flights not only provide fans a new way to travel to games, but they also allow airlines to maximize revenue and capture new customers.

Allegiant has similar one-off scheduled flights planned mainly for football games across the country this fall — and legacy carriers have historically increased the number of flights and seats available in response to big games and events.

For more TPG news delivered each morning to your inbox, sign up for our daily newsletter.

Special sports flights in the past

These special flights exist outside of football, too. To accommodate more fans for the Masters golf tournament in Augusta, Georgia, Delta is known to fly Boeing 757-200s on the short hop from Atlanta (ATL) to Augusta (AGS) on dates around the event. That’s a big upgrade from the usual Bombardier CRJ-900.


© The Points Guy
Sporting events could mean flying a 757-200 flying to a small airport. (Photo by Sean Pavone/Shutterstock)


Why are there specially scheduled flights for sporting events?

These special types of flights have benefits for passengers and airlines alike.

A major selling point of these new types of sports flights is convenience. The flights are nonstop and timed exactly for the game, so fans don’t have to do much extra planning. This is especially important when the route would otherwise possibly involve multiple connections.

For example, Allegiant is flying a limited-time route between Appleton, Wisconsin (ATW), and New Orleans (MSY) for a game between the Green Bay Packers and the New Orleans Saints. There’s otherwise no nonstop service between the two cities. The Allegiant flight makes the journey considerably easier with a 2.5-hour trip, while a flight on American, Delta or United would include a connection and take more than five hours, based on a Google Flights search.

For airlines, these flights are an opportunity for extra revenue that’s badly needed since the coronavirus pandemic began in March 2020. The demand is there with devoted fan bases across the country who would love to cheer on their team. The fact that most stadiums were empty last season due to pandemic-related restrictions makes these types of flights even more attractive.

Airlines also hope that fans buy travel bundles, including flights, hotels and rental cars, to earn even more revenue. Allegiant hinted at this when discussing one of these routes by saying that “Travelers can book their entire vacation with Allegiant,” including hotel and rental car. Therefore, airline revenue for these flights doesn’t end with the ticket price.

Both of these Sun Country flights are meant to be daytrips for fans, and prices start at $69 each way.

While Sun Country is the one of the latest airlines to announce limited-time scheduled sports flights, Allegiant is leading the way with the most of this type of flight for the fall.

Some of the intriguing limited-time sports flights that Allegiant will be operating this fall include:

Take note that Allegiant’s game-themed flights involve several-night stays, as compared to Sun Country’s daytrip flights. Also, many of these routes, such as GFK to BNA, do not normally have nonstop service on any airline.

The increase in special Allegiant sports flights comes after the late 2019 naming of the Las Vegas Raiders stadium to Allegiant Stadium. Allegiant seems to be trying to attract football fans through these flights and the stadium branding.

Also, University Park Airport (SCE) near State College, Pennsylvania, will be receiving several limited-time scheduled flights this fall to transport fans to and from various Penn State University sporting events, according to the Centre Daily Times of State College. Among them: a nonstop round-trip flight from Birmingham, Alabama, ahead of the Penn State-Auburn game.

Although the main reason for these special flights is to transport fans to games, remember that these are still scheduled flights — this means that anyone, even non-sports fans, can take them.

Also, in some cases, airlines are selling seats on the positioning flights for these sports flights. This means that you could score a cheap and likely empty flight that is on its way to pick up sports fans. For example, Allegiant is flying and selling tickets for a positioning flight from ATW to MSY on Monday, Sept. 13, to pick up fans from the football game that will take place in New Orleans on Sunday, Sept. 12. This flight will likely not be very busy — and the base fare is $49.

A look at the seat map for this flight shows that only 12 out of 177 seats have been reserved so far. While looking at the number of seat reservations is not a perfect indicator of capacity, it is a signal that there will likely not be many passengers on board.

These specially scheduled flights can be a great way for fans to conveniently travel to cheer on their team. AvGeeks and non-sports fans are in for a treat, too, with unique flights and routes available for anyone to buy.

SPONSORED: With states reopening, enjoying a meal from a restaurant no longer just means curbside pickup.

And when you do spend on dining, you should use a credit card that will maximize your rewards and potentially even score special discounts. Thanks to temporary card bonuses and changes due to coronavirus, you may even be able to score a meal at your favorite restaurant for free.

These are the best credit cards for dining out, taking out, and ordering in to maximize every meal purchase.

Editorial Disclaimer: Opinions expressed here are the author’s alone, not those of any bank, credit card issuer, airlines or hotel chain, and have not been reviewed, approved or otherwise endorsed by any of these entities. 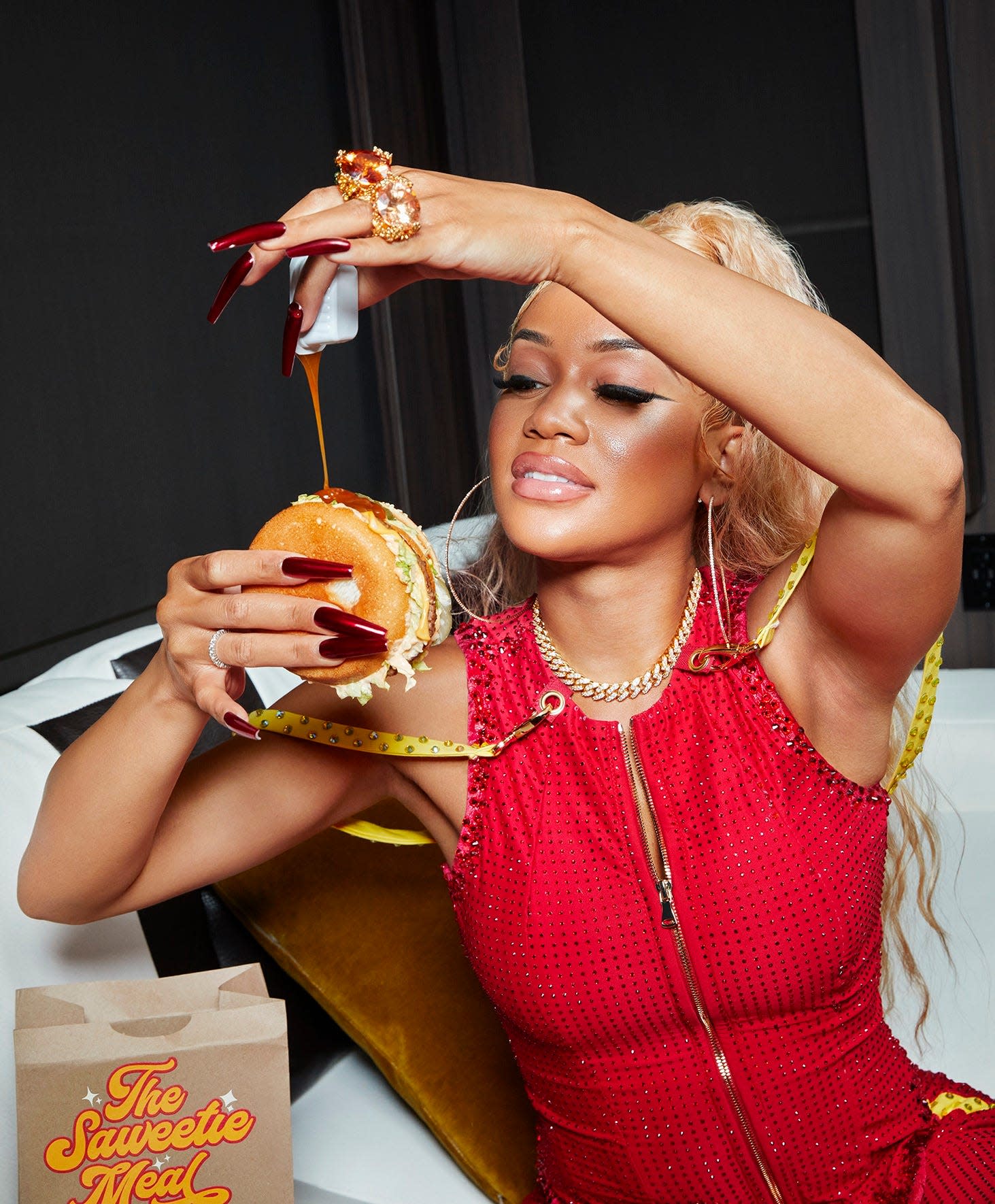 Cassy Pleasure Garcia gives a technique to prepare dinner as soon as, get two meals | Meals

Gun Law News
We use cookies on our website to give you the most relevant experience by remembering your preferences and repeat visits. By clicking “Accept All”, you consent to the use of ALL the cookies. However, you may visit "Cookie Settings" to provide a controlled consent.
Cookie SettingsAccept All
Manage consent